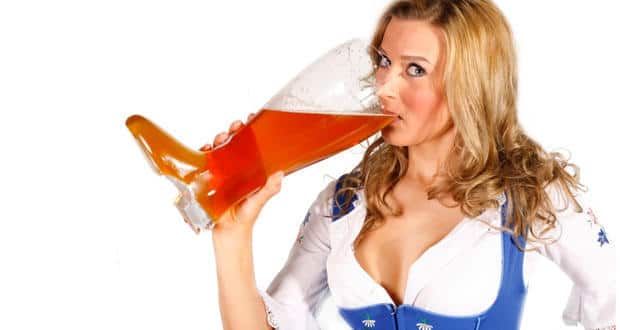 Researchers have claimed that caffeine shortens and alcohol lengthens telomeres - the end points of chromosomal DNA, implicated in ageing and cancer. Now Prof. Martin Kupiec said that for the first time they've identified a few environmental factors that alter telomere length, and they've shown how they do it. Telomeres, made of DNA and proteins, mark the ends of the strands of DNA in our chromosomes. They are essential to ensuring that the DNA strands are repaired and copied correctly. (Read: A pint of beer a day makes your heart healthier!)

Every time a cell duplicates, the chromosomes are copied into the new cell with slightly shorter telomeres. Eventually, the telomeres become too short, and the cell dies. Only foetal and cancer cells have mechanisms to avoid this fate; they go on reproducing forever. An earlier study had revealed that the longer your telomeres are, the longer you will live - dependent, of course, on not dying accidentally, from disease or from lifestyle factors.

The researchers set out to expand on a 2004 study by Nobel Prize-winning molecular biologist Prof. Elizabeth Blackburn, which suggested that emotional stress causes the shortening of the telomeres characteristic of ageing, presumably by generating free radicals in the cells. The researchers grew yeast cells in conditions that generate free radicals to test the effect on telomere length. They were surprised to find that the length did not change. (Read: Why beer makes you happy)

They went on to expose the yeast cells to 12 other environmental stressors. Most of the stressors - from temperature and pH changes to various drugs and chemicals - had no effect on telomere length. But a low concentration of caffeine, similar to the amount found in a shot of espresso, shortened telomeres, and exposure to a 5-to-7 percent ethanol solution lengthened telomeres. (Read: Beer a medicine?)

The study has been published in journal PLOS Genetics.