Ayush Minister Shripad Yesso Naik on Thursday appealed to the Muslim community to participate in the International Yoga Day in a big way and said people who do not want to chant ‘Om’ can say ‘Allah’. Naik told IANS after his meeting with a delegation of Muslim leaders on Thursday that they have extended full support to the Yoga Day to be observed on June 21. Also Read - International Yoga Day 2020: Here is why you must practise meditation

‘I met the Muslim delegation today to discuss about the Yoga Day. They have extended full support to the cause and will join us on the Yoga Day. Our motive is to unite people for a better world,’ Naik said. He said the government took ‘surya namaskar’ out of the Yoga Day activities as it can be a tough yoga posture. Naik said people with spondylitis and other medical issues will not be able to do it as well. ‘We do not want any controversy or opposition over this surya namaskar. If people do not want to chant ‘Om’, they can say ‘Allah’,’ Naik told IANS. Also Read - International Yoga Day 2020: Pranayama can boost immunity to fight COVID-19, says PM Narendra Modi

He said yoga was for the well-being of all and has nothing to do with any particular religion. During his interaction with the Muslim leaders, Naik said there was no compulsion on anyone to practise yoga, but it was good for the body and soul. He said people should make it a part of their lives and contribute in the celebrations of the International Yoga Day on June 21.

The Muslim leaders, who included Majlis Ulema e Hind (Uttar Pradesh) president Maulana Syed Kaukab Mujtaba Abidi, and Daudi Bohra community representative Abbas Ali Bohra, applauded the initiative of Prime Minister Narendra Modi for the Yoga Day. The leaders said namaz too has yogic postures. Bohra said that out of the 177 countries which have expressed their desire to participate in yoga sessions on the International Yoga Day, 47 were from the Organization of Islamic Cooperation (OIC).

These countries have expressed desire to participate in yoga sessions being organised in the Indian missions, he said. ‘We as Indians should support Yoga Day as it is on the initiative of India.’Some minority groups had objected to the inclusion of surya namaskar in the programme. The All India Muslim Personal Law Board (AIMPLB) had said it will launch a campaign against any move by the union government’s move to make yoga and ‘surya namaskar’ compulsory in schools. 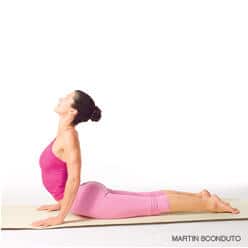