Home / Health News / Can Vitamin C be the cure for tuberculosis?

Can Vitamin C be the cure for tuberculosis?

It seems like scientists have accidentally stumbled upon a cure for tuberculosis Vitamin C! Researchers found that vitamin C can kill mycobacterium tuberculosis in the lab, describing their findin

It seems like scientists have accidentally stumbled upon a cure for tuberculosis Vitamin C! Researchers found that vitamin C can kill mycobacterium tuberculosis in the lab, describing their findings as striking and totally unexpected , but they urged people not to jump to conclusions because this strategy is yet to be tested in humans. Also Read - Want to improve lung health? Have these 6 vitamin C rich fruits this winter

The researchers found that vitamin C has strong bactericidal (ability to kill bacteria) against TB bacteria through a study that suggests that it might be worthwhile to explore the addition of vitamin C to standard anti-TB treatment. The results of the study were published today in the journal, Nature Communications. Also Read - Why Vitamin C is so important for skin health?

Vitamin C has never been shown to kill TB bacilli, William Jacobs Jr, professor of microbiologist at the Albert Einstein College of Medicine in New York and principal investigator of the study, told The Telegraph. The observation that vitamin C can sterilise (laboratory) cultures of drug-susceptible, multi-drug resistant and extreme-drug resistant strains of TB bacilli is striking and totally unexpected, Jacobs said in a telephone interview to the Calcutta Telegraph.

Three years ago, microbiologists at AIIMS, Delhi had observed that vitamin C can arrest the growth of TB bacilli and make them dormant. Jaya Sivaswamy Tyagi and her colleagues at AIIMS had also speculated about the protective role of vitamin C against TB through mechanisms that the role of vitamin C to bolster immunity. The study also suggests that the acidity of vitamin C is dependent on iron. In the experiments, iron came from the culture medium the nutrients in which TB bacilli is grown. Vit C reduces ferric ion into ferrous ion, which forms a reactive oxygen species that can kill bacteria. We re hoping this study will spur interest in testing the addition of vitamin C to current TB treatment regimen, Jacobs said.

But medical researchers don t know whether this work for human patients.

I would call this a proof-of-concept study, said Madhukar Pai, an associate professor who leads a Tuberculosis Research Group at the McGill University in Canada. The question is whether we’ll see this effect of oxidative burst occur exactly at the sites of infection when vitamin C is administered orally, Pai, who was not associated with either the US or the AIIMS study, told the same newspaper.

Tuberculosis is a common infectious disease caused by bacteria called mycobacterium tuberculosis which affects the lungs. Main symptoms of TB are severe cough that lasts for three weeks or longer, bloody or discoloured sputum, night sweats, fever, fatigue and weakness, pain in the chest, loss of appetite, and pain during breathing or coughing. India had the highest total number of TB cases worldwide in 2010 partly due to poor disease management by the private healthcare sector. TB can be prevented by vaccination and maintaining high levels of hygiene. One infected, the patient should follow the medication regimen properly. By not doing so, there are chances of developing resistance to anti-TB drugs resulting in an aggressive form of TB called MDR-TB (multi-drug resistant TB).

India, 2 patients succumb every three minutes to TB disease. Urban metros like Mumbai with have it worse because of poor hygienic condition and widespread poverty. Despite our best efforts to control this disease, mortality has been increasing. What makes it worse are the new drug resistant forms of TB which are leaving many doctors flummoxed. Here are some things you should know about the deadly disease:

Most of us have latent TB foci inside our lungs. We all are exposed to the organism early on in life and would have formed foci of infection in the lungs (primary TB). Our immune system would have contained the infection and prevented us from suffering the disease. It is when our immune system becomes weak for some reason or is overwhelmed by the infection or any other cause, that we suffer the disease (reactivation). The organisms can travel from the foci of infection in the lungs to other sites leading to secondary infection (TB of lymph nodes, spine, etc.).Click here to read more facts. 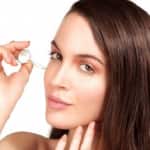 Best homemade face oils you should try at night

Why Vitamin C is so important for skin health?