Can three minutes of physical exercise stave off cancer?

Just three minutes of physical exercise a day could play a major role in fighting cancer, as it can trigger a dramatic change in the immune system to keep the disease at bay, say researchers. Research

Just three minutes of physical exercise a day could play a major role in fighting cancer, as it can trigger a dramatic change in the immune system to keep the disease at bay, say researchers. Researchers have found keeping oneself fit can not only help stop cancer returning, for those who have already suffered it, but may also prevent the disease from striking in the first place, the Daily Express reported Saturday. Also Read - Small delays in cancer treatment can up death risk by 10%, says study

Researchers from the University of Nebraska said that exercise also reduces the chances of getting cancer altogether in people who have never had the disease.In their study it was found cancer survivors, completing who completed a 12-week whole body workout exercise programme, exercising just three times a week after finishing their chemotherapy treatment, ‘remodelled’ their immune systems. It then became more efficient and effective, helping to protect against the disease returning. Also Read - Coronavirus Diet: Bolster your immune system with these 6 healthy drinks

According to Laura Bilek, associate professor at the university’s medical centre, the findings, published by the American Physiological Society, highlight the importance of exercise for those with cancer and cancer survivors. They might benefit in particular from the heightened ability of the immune system to seek out and destroy budding cancers so-called ‘cancer surveillance’, she said. Also Read - Cancer patients more likely to get severe COVID-19: Tips to prevent the viral infection

Women who quit smoking before 30 cut health risks by 97% 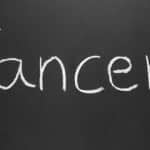