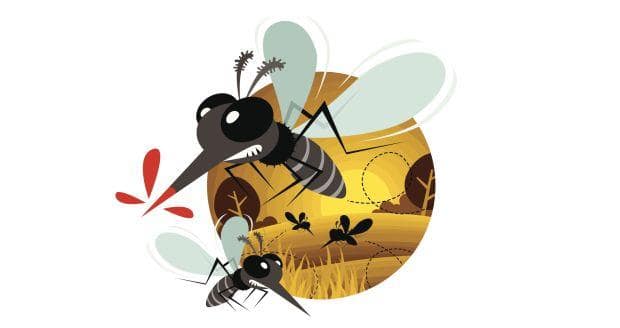 A British company has approached Indian authorities seeking permission for technology trials of a certain genetically-modified mosquito claiming it will fight dengue menace. The modified male mosquito named '513A' will have a gene that ensures its offspring dies before reaching adulthood (in 2-5 days) and thus control breeding of dengue spreading mosquitoes.

This genetically-modified mosquito has been tested in Brazil, where dengue emerged as a big worry during the recently concluded World Cup Football tournament, and the Cayman Islands.

A company spokesperson told PTI from Oxford that the technology can be made available to public health authorities in India to help suppress the mosquitoes that spread dengue. 'Oxitec is working with GBIT, a privately held Indian company that specialises in developing and commercialising novel technologies in health and agriculture, with a view to introducing this technology for dengue vector control in India,' the spokesperson said. Thousands of dengue cases are reported every year in India.

'In due course, we would like to use the same approach for the main vectors of malaria but this work is at a very early stage,' he said.

In the laboratory, the activity of this gene can be controlled by giving mosquitoes the antidote 'tetracycline'.

With regard to regulatory clearances, GBIT has already received nod for contained laboratory-based studies. Besides, permission for larger technology trials has been sought from the Review Committee for Genetic Manipulation (RCGM).

Field based studies would only begin following appraisal and approval by the relevant national bio safety committees, RCGM and Genetic Engineering Approval Committee (GEAC). RCGM and GEAC come under the Ministry of Environment and Forests.

'We expect a large-scale trial to be the next step; however, the timing is entirely within the hands of the RCGM,' the official noted.

As per Oxitec, dengue mosquito can also carry other diseases such as Chikungunya or Yellow Fever.

These GM male mosquitoes can mate only with females of the same species (dengue spreading), so that it is exclusively targeted to the dengue mosquito with no effect on other insect species. 'Every wild female which mates one of our modified males will have offspring who carry the gene and without the antidote, they won't survive. 'In this way, by repeatedly releasing Oxitec males, we can drastically reduce or even locally eliminate the dengue mosquito population,' he said.