Can asthma drugs cause stunting?

Children who use inhaled steroid drugs for asthma end up growing slightly shorter as adults than children who don't use the drugs, findings from a comprehensive asthma study show.The study led by Robe

Children who use inhaled steroid drugs for asthma end up growing slightly shorter as adults than children who don’t use the drugs, findings from a comprehensive asthma study show.The study led by Robert C. Strunk, professor of paediatrics at Washington University School of Medicine, St. Louis involved more than 1,000 children aged five to 12 years who were treated for mild to moderate asthma as part of the Childhood Asthma Management Programme (CAMP) clinical trial. Also Read - Is your child suffering from asthma? Bananas may help

They received treatment for more than four years at eight centres, including Washington School of Medicine, the “New England Journal of Medicine” reports. They were divided into three groups: one received twice-daily budesonide, an inhaled corticosteroid medication; a second group received nedocromil, an inhaled non-steroid medication; and a third group received a placebo. All children received albuterol, a fast-acting drug for relief of acute asthma symptoms, and oral corticosteroids as needed for asthma symptoms, according to a Washington statement. Also Read - Eating fatty fish may reduce childhood asthma

The researchers followed 943 participants in the trial at regular intervals until they reached adult height. Females were considered to be at adult height at age 18 or older and males at age 20 or older, Strunk says. In the first 4 1/2 years after the end of the trial, researchers took patients’ height and weight every six months. Over the next eight years, height and weight were measured once or twice a year. The mean adult height was about one-half inch, or 1.2 cm, shorter in the group that received budesonide than in the patients who received nedocromil or placebo. The patients who experienced the slower growth were primarily between 5-11 years old when they began using budesonide. Also Read - Asthma in kids: Symptoms you should watch out for

“This was surprising because in previous studies, we found that the slower growth would be temporary, not affecting adult height,” Strunk says. “But none of those studies followed patients from the time they entered the study until they had reached adult height.”

These findings were presented at the European Respiratory Society meeting in Vienna, Austria. 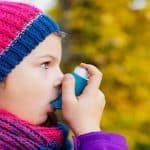 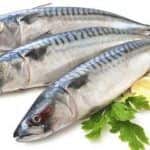 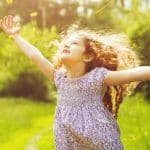 Asthma in kids: Symptoms you should watch out for 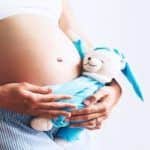 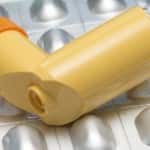