Home / Health News / Britain sees a decline in number of smokers, according to survey

Britain sees a decline in number of smokers, according to survey

Britain has seen a decline in the number of cigarette smokers, with the adult smoking rate dropping in the past nine years, according to a survey report issued by the Office for National Statistics (O

Tags: Britain  In the news  Smoking

Britain has seen a decline in the number of cigarette smokers, with the adult smoking rate dropping in the past nine years, according to a survey report issued by the Office for National Statistics (ONS) on Thursday. Figures showed that one in five adults aged 16 or above in Britain were cigarette smokers last year, Xinhua reported. Also Read - Smoking cigarettes can worsen ‘severity of COVID-19 infection’

The proportion of adults smoking declined to 20 percent in 2012 from 45 percent in 1974 when the lifestyle survey first included a question about smoking. The survey found that most of the decline in smoking happened between 1974 and 1994, and continued to fall between 1994 and 2007, but at a much slower rate. (Read: War on Tobacco) Also Read - 7 reasons why the #BeefBan is good

However, from 2007 to 2012 the rate of smoking has remained largely unchanged.But smoking rates varied by whether people were in employment or not, said the ONS. Unemployed people were twice as likely to smoke as those either in employment or economically inactive such as students or retired people.

Over half of unemployed young people aged between 25 and 34 were cigarette smokers. Also, smoking rates differ by adults’ socio-economic status, with the highest rate falling in the routine and manual occupations such as bar staff and delivery drivers at 33 percent in 2012, and the lowest in managerial and professional occupations such as accounting and teaching at 14 percent. (Read: Natural remedies to quit smoking) 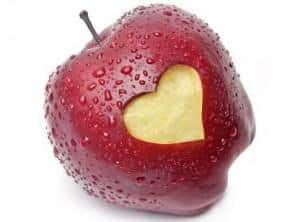