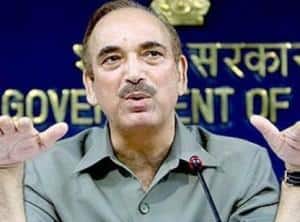 Other areas of discussion include universal health coverage, strategic health technologies with a focus on communicable and non-communicable diseases; medical technologies as well as drug discovery and development.

'These thematic areas of work were identified in respect of each country on the sidelines of World Health Assembly (WHA) held at Geneva last year,' said a health ministry official.

The first BRICS health ministers meet was held at Beijing, China in 2011.