Breastfeeding decreases the risk of obesity in children 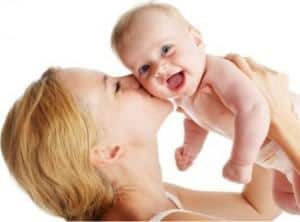 Breastfeeding has been linked to decreased risk of overweight and obesity among school children, a new study has found.

A total of 43,367 singleton Japanese children who were born after 37 gestational weeks and had information about their feeding during infancy from Japan's Longitudinal Survey of Babies in the 21st Century, were included in the study.

Researchers measured for underweight, normal weight (reference group), overweight, and obesity at 7 and 8 years of age defined by using international cutoff points of body mass index by sex and age.

According to the study results, with adjustment for children's factors (sex, television viewing time, and computer game playing time) and maternal factors (educational attainment, smoking status, and working status), exclusive breastfeeding at 6 to 7 months of age was associated with decreased risk of overweight and obesity compared with formula feeding.

'After adjusting for potential confounders, we demonstrated that breastfeeding is associated with decreased risk of overweight and obesity among school children in Japan, and the protective association is stronger for obesity than overweight,' the study said.

Breastfeeding refers to the practice of feeding infants milk from the mammary glands. In fact it is recommended that one should start breastfeeding immediately after the infant's birth. Breast milk contains nutrients that are vital for the infant in the first few months. It contains high protein, Vitamin A and salts. Also since an infant's digestive system isn't developed enough to digest normal milk and it's inadvisable to substitute it for breast milk.

Why is breastfeeding important?

Breastfeeding, is essential for both the mother and the child. It helps create a bond between the mother and the baby and gives your child the immunity and nutritional boost it requires right after birth. It is recommended by the WHO (World Health Organization), La Leche League and the Indian Academy of Paediatricians, that a baby should be breastfed for at least the first two years of their life.

Some of its benefits are:

Along with nutritional values, experts are of the opinion that breast milk promotes sensory and cognitive development in children and builds an infant's immunity. It also prevents infections and makes an infant less prone to chronic diseases

Breastfeeding also contributes to a mother's health research has found a definite link between breastfeeding and reduced ovarian and breast cancer risk.

I am a working woman, and cannot feed my baby many times a day. Can I substitute formula milk for breast milk?

I would not suggest it. Formula milk can be compared to prescribed medicine that should be used only in the case of an emergency. If your baby is not able to breastfeed for some reason, only then should you use formula milk as an alternative. It should not be used as an easy substitute for breast milk.