A pioneering surgery bypassing damage to the spinal cord sustained in an accident has helped a paralysed man regain the use of his hand. Injuries to the C7 vertebra - lowest bone in his neck - in a c

A pioneering surgery bypassing damage to the spinal cord sustained in an accident has helped a paralysed man regain the use of his hand. Injuries to the C7 vertebra – lowest bone in his neck – in a car crash in 2008 left a 71-year-old man without the use of his legs and only limited shoulder, elbow and wrist function. He also lost the use of his hand because while the nerve circuit in his hand was intact, the connection between his brain and digits had been lost, the Daily Mail reports. Also Read - Cold feet: Causes and home remedies

Surgeons at Washington University School of Medicine restored this link by rerouting working nerves in his upper arm. The patient can now pinch his thumb and index fingers together using nerves that once told his brain to bend the elbow. Senior researcher Ida K Fox said: “This procedure is unusual for treating quadriplegia (complete paralysis) because we do not attempt to go back into the spinal cord where the injury is. Instead, we go out to where we know things work — in this case the elbow — so that we can borrow nerves there and reroute them to give hand function.” Also Read - Anxiety, depression may indicate COVID-19 impact on central nervous system, brain

The successful operation means the patient can now feed himself and even write. “Many times these patients say they would like to be able to do very simple things,” Fox said. “If we can restore the ability to pinch, between thumb and index finger, it can return some very basic independence.” The surgery was developed and performed by Susan E. Mackinnon. Specialising in injuries to peripheral nerves, she has pioneered similar surgeries to return function to injured arms and legs. She said hand function was not restored straightaway and that the patient had to undergo intensive physical therapy to retrain the brain to understand how the role of the nerves had changed. Also Read - Natural remedies to heal nerve damage and reduce pain 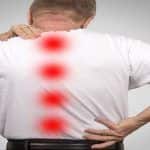 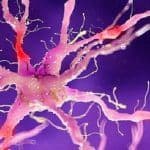 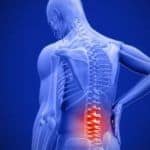