Plantar fasciitis, the most frequent cause of chronic heel pain, could have faster recovery from Botox than steroids, a new Mexican study says. Plantar fasciitis results when connective tissues on th

Plantar fasciitis, the most frequent cause of chronic heel pain, could have faster recovery from Botox than steroids, a new Mexican study says. Also Read - COVID-19 treatment: Steroids should be reserved for the sickest patients

Plantar fasciitis results when connective tissues on the sole of the foot, the plantar fascia, become painfully inflamed. Physicians may prescribe steroids, regular stretching exercises or injecting botulinum toxin A (BTX-A), also known as Botox. Steroids can cause complications in the treatment of plantar fasciitis, even causing its rupturing, in an estimated two to six percent of patients, said researchers from the Autonomous University of Nuevo Leon, Mexico, the journal Foot and Ankle International reports. Also Read - Heel spurs: Home remedies to get rid of abnormal calcium deposits

They have devised a trial to compare steroid treatment with the botulinium toxin alternative, which works by blocking the neurotransmitter acetylcholine, weakening the muscles for several months, according to an Autonomous University statement. Researchers set up a prospective, randomized, double-blinded and controlled clinical trial, where patients were treated either with steroids or with Botox for their painful feet. Both groups were shown the same series of physical exercises to help their recovery. Also Read - Kids who take steroids at increased risk for diabetes: Know the other side effects of this medication

Initially the two patient groups appeared to be recovering at a similar rate. However, the Botox group then took the lead in scores relating to foot pain, function and alignment. After six months, patients who received Botox injections were the clear winners, demonstrating more rapid and sustained improvement than their counterparts on the steroid regime.

‘We found that a combination of BTX-A applications into the gastroc-soleus complex and plantar fascia stretching exercises yielded better results for the treatment of plantar fasciitis than intralesional steroids,’ said study co-author, Carlos Acosta-Olivo.

India ups vigilance at borders to prevent re-entry of polio

Over six million children in Karnataka get polio drops on Sunday 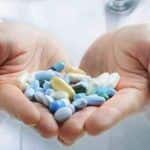 COVID-19 treatment: Steroids should be reserved for the sickest patients