A study has recently found that combining radiation therapy with blueberry extracts can help to boost the effectiveness of cervical cancer treatment. 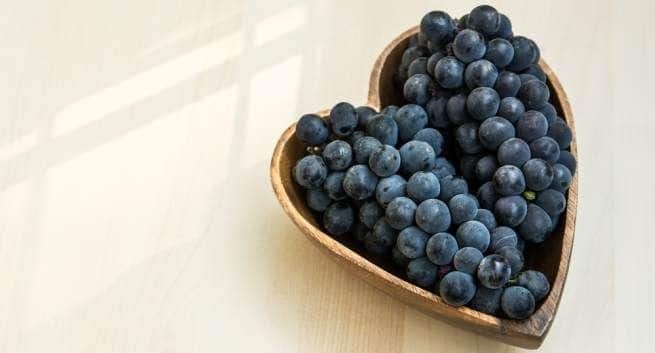 Blue: The color of day 7, bring the brightness of blue onto your plate with fruits like grapes, blueberries and mulberries. Rich in antioxidants, you can either have the fruits along with other seasonal fruits or enjoy fruit smoothie to beat your hunger pangs.

A study has recently found that combining radiation therapy with blueberry extracts can help to boost the effectiveness of cervical cancer treatment. Cervical cancer is a type of cancer that occurs in the cells of the cervix – the lower part of the uterus that connects to the vagina. Researchers from the University Of Missouri-Columbia, United States explained that one of the most common treatments for cervical cancer is radiation therapy and that it not only destroys the cancer cells, but also the nearby healthy cells, which proves to be a hazard. For some cancers, such as late-stage cervical cancer, radiation is a good treatment option. However, collateral damage to healthy cells always occurs. Based on previous research, we studied blueberry extract to verify it could be used as a radiosensitiser, Fang added. Radiosensitisers are non-toxic chemicals that make cancer cells more responsive to radiation therapy. Previously, the team showed that resveratrol, a compound in red grapes, could be used as a radiosensitiser for treating prostate cancer. Blueberries also contain resveratrol. Here are 5 reasons why blueberries are a superfood for diabetics. Also Read - Small delays in cancer treatment can up death risk by 10%, says study

In addition to resveratrol, the blueberries also contain flavonoids – chemicals that may have antioxidant, anti-inflammatory and antibacterial properties, they explained. The team used human cervical cancer cell lines to mimic clinical treatment. The cell lines were divided into four groups -a control group, a group that received only radiation, a group that received only blueberry extract and a group that received both radiation and the extract.The results indicated that radiation therapy decreased cancer cells by approximately 20 per cent; the cell group that received only blueberry extract had a 25 per cent decrease in cancer and the biggest decline in cancer cells occurred in the radiation and extract group, with a decrease of about 70 per cent.Fang explained that the mechanism that makes blueberry extract a radiosensitiser also reduces the abnormal explosion of cell growth. Blueberries are readily accessible and inexpensive and can be used as a natural treatment option for boosting the effectiveness of existing therapies, the researchers noted. You must also have these 6 powerpacked berries. Also Read - 5 surprising dietary sources of vitamin C

Get that wedding glow with these easy hacks