Bizarre – women sells house to get gastric band, tummy tuck and other procedures before wedding!

A British woman, desperate to look good before her wedding, sold her house to pay $22,000 for cosmetic surgery.

A British woman, desperate to look good before her wedding, sold her house to pay $22,000 for cosmetic surgery. Also Read - Ganesh Chaturthi 2020: 4 reasons an eco-friendly Ganesha is good for you

Tsia Pullen, 34, was considered morbidly obese and struggled with obesity since childhood, the Daily Mail reported Friday. Also Read - 7 reasons why the #BeefBan is good

Pullen said she ‘couldn’t bear to look in the mirror’ and tried everything she could to shed weight. Also Read - Want to look young? Go in for a nose job

But after many failed efforts, Pullen, a mother-of-one took the bizarre step to sell her 80,000 pounds ($126,496) three-bedroom Bolton home to fund cosmetic surgery in Belgium.

‘People thought I was insane, but I knew it was the right thing to do,’ the newspaper quoted Tsia as saying.

‘It was the first house I’d ever bought. It had a massive garden and I was proud of it. But, more than anything, I wanted to look amazing on my wedding day.

‘I hated myself so much. I used to end up in tears when I went shopping – nothing fitted. It wasn’t only the embarrassment either. Walking around the shops would leave me breathless and in agony as I was so big,’ she added.

But when her fiance, Alastair, proposed, Tsia was determined to take urgent action.

‘I didn’t want Alastair to marry me while I looked like that. I wanted to be a beautiful bride.

‘He was supportive of my decision, but he said he had always loved how I looked. But I didn’t love myself, so I went for it,’ she said. 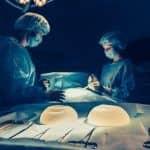