Binge drinking in women could cause Fetal Alcohol Syndrome! 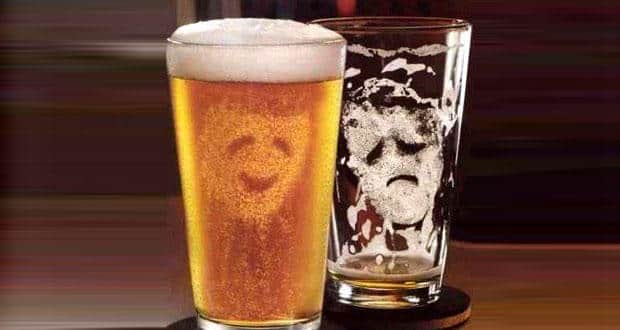 Women who do binge drinking face a risk of birth defects known as fetal alcohol syndrome (FAS) that leads to growth retardation, head and face abnormalities and neurological problems.

Till date, it was believed that FAS also caused heart problems in just over half of those with this condition but remained largely a mystery how.

To unlock this mystery, a team led by an Indian-American researcher Ganga Karunamuni at Case Western University in Cleveland, Ohio, studied heart formation in quail embryos, whose heart development is very similar to that of humans.

The team used optical coherence tomography - an innovative imaging technique - to compare embryos exposed to a single, large dose of alcohol to those who hadn't received alcohol.

They looked both at how alcohol changed the function of the developing hearts as well as their structure.

The researchers found that significant changes in heart function appeared to come well before changes in structure that are hallmarks of the well-known FAS heart anomalies.

These changes in function might be the cause of the structural problems that arise later by exerting forces on the heart that change its development, suggested the study published in the American Journal of Physiology - Heart and Circulatory Physiology.

The researchers found that hearts of embryos exposed to alcohol had dramatic defects close to hatching, including thinner walls separating the heart's four chambers and damaged valves. Long before these defects formed, the researchers saw significant differences in heart blood flow between embryos that weren't exposed to alcohol and those that were. (Read: What NOT to do during pregnancy 10 things to avoid!)

In those whose shells weren't injected with alcohol, a small portion of the blood flowed backward through the heart circuit after each beat. In those exposed to alcohol, a much larger portion of blood flowed backward in the circuit. These malfunctioning hearts had smaller 'cardiac cushions' - collections of cells that later become chamber walls and valves-compared to unexposed hearts, the study observed.

The authors suggested that this improper function may itself steer developing hearts in the wrong direction during development, setting the stage for larger defects to arise.