Meena Devi, the principal of a Bihar school where 23 children died after eating contaminated food last month, underwent a lie detector test on Thursday, police said. A day after Meena Devi was taken on police remand, a team of the Patna-based Forensic Science Laboratory (FSL) along with two experts from New Delhi-based Central Forensic Science Laboratory conducted the polygraph test at Saran. Saran Superintendent of Police Sujit Kumar confirmed that the Special Investigation Team, which is probing the case, conducted her polygraph test after a medical check-up.  ‘She has been subjected to the lie detector test,’ he said. Also Read - Ganesh Chaturthi 2020: 4 reasons an eco-friendly Ganesha is good for you

Meena Devi, principal of the government primary school at Gandaman village in Saran district, was arrested last month and sent to judicial custody till Aug 5 by a court in Saran. She is named as an accused in the case. According to SIT officials, the FSL also prepared a questionnaire for the purpose.
The SIT last Tuesday filed a petition before Chief Judicial Magistrate A.K. Jha and prayed for four day police remand to conduct polygraph test on her. She had earlier claimed innocence and denied her involvement in the tragedy. A First Information Report (FIR) was registered against her on charges of murder and criminal conspiracy, police said. Also Read - 7 reasons why the #BeefBan is good

Meena Devi, who was suspended from service for gross negligence, had been on the run since the day of the incident July 16, police said. Police raided her house twice and recovered a bottle of pesticide whose traces were suspected to be present in the school food. According to district officials, Meena Devi had forced the cook to use an allegedly contaminated cooking oil despite the latter’s complaint that it had a pungent smell. Also Read - Weight loss diet: How to eat healthy in a restaurant when you want to lose weight

A forensic lab report confirmed presence of toxic insecticide traces in the cooking oil used for making food at the school, police said. The poisonous substance, organophosphorus, in oil samples collected from school was more than five times the commercial preparation available in market, police added. 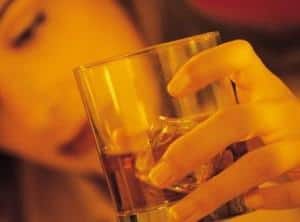 Acidity rising in youngsters due to lifestyle, stress