Eleven more children who ate midday meal at their school in Bihar's Saran district died overnight, pushing up the toll to 21. Ten more children are battling for their lives, officials said, as the tra

Over two dozen sick children have been brought to the Patna Medical College and Hospital after their condition deteriorated. Ten children are still critical, a hospital official said. Hundreds of people have been protesting in Saran since late Tuesday night, demanding strict action against government officials responsible for the tragedy. Also Read - 'Virgin' means unmarried, nothing objectionable in it: Bihar Health Minister on IGIMS marital status form

Read: What caused those tragic deaths?

Twenty dead children were buried near the school. A case has been registered against the school’s headmistress Meena Devi and other teachers. Bihar Chief Minister Nitish Kumar expressed shock over the incident and announced a compensation of Rs.2 lakh to the kin of each of the dead school children. The deaths triggered a political row with the Bharatiya Janata Party (BJP) on Wednesday calling Nitish Kumar insensitive .

The chief minister of Bihar instead of showing promptness in evacuating the children to a better medical facility has announced a ex-gratia amount of Rs.2 lakh for the children who died after having a mid-day meal. This showcases the insensitivity and the callous attitude, said BJP spokesperson Rajiv Pratap Rudy in Delhi. In Bihar, widespread corruption is reported in the mid-day meal scheme and government guidelines on food quality are ignored. In the past, dead lizards, frogs, insects and a rat were found in food cooked for the mid-day meal at schools, angering students and parents.
Source: IANS 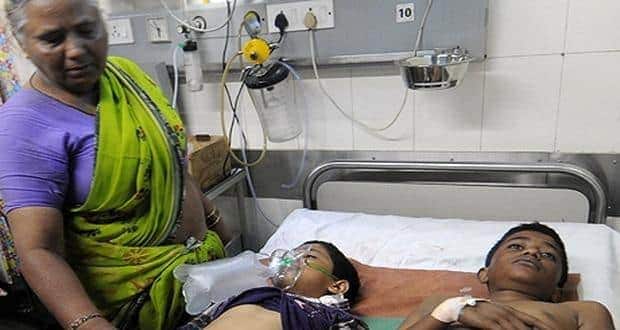 Bihar food poisoning - what might have caused the deaths