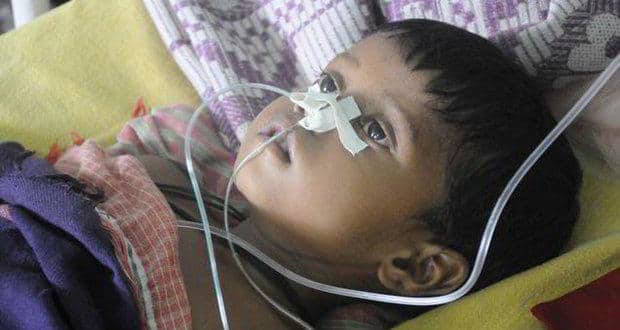 Nearly 190, mostly children from poor families, have died due to suspected encephalitis in Bihar in the last month with three more deaths Monday, an official said. The maximum number of deaths took place in the state's Muzaffarpur district. Most of these children died at the government-run Sri Krishna Memorial College Hospital and the private-run Kejriwal Charitable Hospital. State health officials said they have identified half a dozen districts where the disease has spread. These include Bhagalpur, Motihari and Samastipur districts. (Read: Bihar encephalitis update: Parents now pray for a miracle)

Bihar is, however, yet to officially declare an acute encephalitis syndrome (AES) epidemic. State Health Minister Ramdhani Singh has again appealed for central assistance, saying that his government was serious about controlling spread of the disease, which causes irritation and swelling of the brain. Last week, Union Health Minister Harsh Vardhan launched a two-day vaccination campaign in Muzaffarpur to ensure 100 percent immunization of children. As the monsoon has arrived in Bihar, doctors said the cool rain would provide relief to the children suffering from the disease. (Read: Health Minister gets CDC's assistance to find the root cause of encephalitis)

Muzaffarpur Civil Surgeon Gayan Bhusan admitted AES virus is still unknown. 'We are relying on symptomatic treatment to save lives,' he said. According to doctors, the AES is a severe case of encephalitis characterised by inflammation of the brain. Mosquitoes transmit the infection, causing high fever among children. Suspected AES-related deaths of children were first reported in 1995 in Muzaffarpur. But neither experts from abroad nor from different medical institutes of the country have visited or collected samples to study the cause of deaths, thereby failing to identify the virus till date. (Read: Central government to assist Bihar in encephalitis immunization campaign)

Encephalitis is a disease that results in inflammation of the brain. The patient's central nervous system is affected. While the lesser symptoms include headaches and fevers, the more severe ones cause the onset of mental issues like seizures, confusion, disorientation, tremors and hallucinations. It can be caused due to bacterial or viral infections of the brain, injection of toxic substances or increased complications of an infectious disease. (Read:Disease trends in India)