Beware, your smartphone can ruin your metabolism 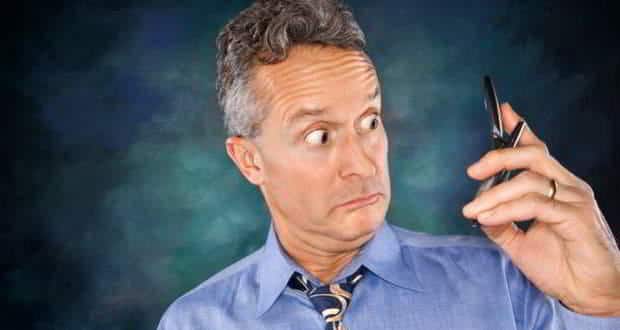 Mobile phones have become so popular these days that you cannot think of spending a day without it. Kids love to play games and you keep surfing messages and other application even when it is not ringing. But is this gadget unknowingly driving you towards health problems?

Medical experts have found that these phones may bring some harmful effects in the human body's metabolism. According to Mr. Manoj Sharma, professor of radiation oncology at the Maulana Azad Medical College, apart from cancer, constant usage of mobile phone may also lead to fatigue, sleep disorder, lack of concentration and poor digestion'. He claimed that close proximity to the brain while talking on a mobile phone may build up a possibility of brain tumor and 'If we don't take care now it will be too late like in the case of tobacco,' he added.

Sharma said that like in the US, cell phone operators in India should also use advanced technology to reduce radiation. Naresh Gupta, another professor at the Maulana Azad College also agreed with Mr Sharma and said 'It is true that the metabolism in the body is affected by using mobile phones' and added ' mobile phones are an evolving technology and most of the research into their health effects has been funded by the private companies manufacturing them. We don't have any independent research.

However, S.B. Gogia, a plastic surgeon with the All India Institute of Medical Sciences (AIIMS), said mobile phones have a positive effect on health also.

Here are some health risks of cell phones you should be aware of:

1. Cancer: As reported by the World Health Organisation (WHO), mobile phones emit radio frequency (RF) fields a 1000 times greater than what is emitted from base stations. It's obvious that this increased emission is likely to have some adverse effect on health of users. Although there is no clear evidence suggesting that exposure to RF fields increases the risk of cancer, but the International Agency for Research on Cancer has classified RF as a possible carcinogen in humans.

2. Sleep disorders: Somehow night-time has always been favourite among regular chatting and gossiping freaks. But do you know that's the main reason why you are sleep deprived? Several studies have concluded this. One of them is a cohort study by Sara Thom e et al[2]which found that high mobile phone use was associated with sleep disorders. Major contributing factors to interrupted sleep pattern are getting awakened in the middle of the night due to mobile rings and vibration and increased use of mobiles post-evening until midnight.

3. Increased accident-risk: Whether you're an iPhone, flip phone or a Blackberry user, the chances that you check your phone aggressively while travelling is undoubtedly higher. Be it while driving or while crossing the road, mobile phone can be a potential distraction. According to the WHO, we now have a lot of research showing an increased risk of traffic accidents with mobile usage (3-4 times greater).

4. Heart problems: Radiation from cell phones is not only associated with cancer but also with chronic diseases like heart problems. A study published in European Journal of Oncology, radiations emitted by cordless phones, including mobiles, contribute to abnormalities in heart function. Results reported that radiation causes the red blood cells (RBCs) to seep hemoglobin and lead to heart complications.