Beware - the ill effects of alcohol go much deeper than you think! 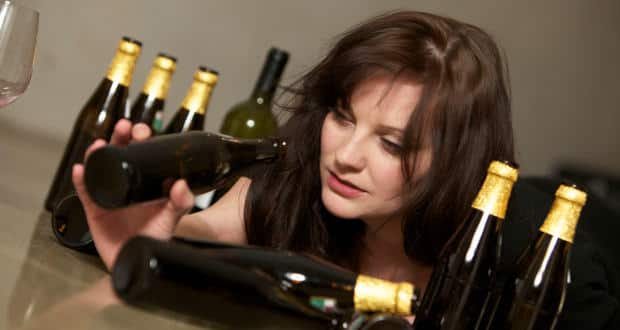 Youngsters drinking alcohol over the weekend may end up impacting their DNA, indicates a study.

A pioneering study in Mexico analysed the effect of weekend alcohol consumption in students aged between 18-23 on the lipids comprising cell membrane and its genetic material - DNA.

The students were divided into two groups: the control group made up of the students who did not drink alcohol and the study group of those who drank at weekends.

The findings were astonishing.

'First we realised that the ones who drank sustained twice as much oxidative damage compared with the group that did not consume alcohol,' said Adela Rend n, researcher in clinical biochemistry at National Polytechnic Institute in Mexico.

Then the team decided to continue with a test to assess whether the DNA was also affected - the comet test. (Read: Why is alcohol bad for your liver?)

They extracted the nucleus of the lymphocytic cells in the blood and subjected it to electrophoresis - an analytical method frequently used in molecular biology.

'The interesting thing is that if the chromatin is not properly compacted, if the DNA has been damaged, it leaves a halo in the electrophoresis - called the comet tail,' said Rend n.

Till date, the effects of alcohol abuse have mostly been studied in people who have been consuming alcohol for a long time and who, therefore, display symptoms ranging from liver damage to various types of cancer, depression and nervous system disorders. (Read: Alcohol abuse what you need to know)

'When we talk about youth alcohol abuse, we are referring to youngsters who drink alcohol without having become addicted. Addiction involves a more complex issue socially and psychologically speaking. This is social alcohol abuse,' said the researcher.

The means by which alcohol manages to alter DNA is not yet known. The next step is to study the re-packaging of the chromatin and the behaviour of complex mechanisms like the histones in these individuals, concluded the research.