A recent study found that middle-aged men who eat a lot of processed meats, sugary drinks and other fatty foods are likelier to be depressed. On the other hand, exercising and eating fruits and veggie

A recent study found that middle-aged men who eat a lot of processed meats, sugary drinks and other fatty foods are likelier to be depressed. On the other hand, exercising and eating fruits and veggies was directly linked to less chances of suffering from depression. Nutritionist Anu Ruusunen, of the University of Eastern Finland, told the Daily Mail Online: ‘The study reinforces the hypothesis a healthy diet has potential not only in the warding off of depression, but also in its prevention.’ Also Read - Climbing stairs every day is good for your mental health and wellbeing

Most patients with depression often have a poor diet and consume lesser nutrients but it was still unclear whether the diet was directly linked to chances of suffering the debilitating mental condition among healthier adults before this study. The study also found that people who ate more veggies, fruits, berries, whole grains, poultry, fish and low-fat cheese suffered less symptoms and a lower risk of depression. Also Read - Subtle signs that can predict relapse in bipolar disorder

On the other hand, a junk food diet characterised by eating lots of sausages, processed meats, sugary drinks, desserts and other similar packaged snacks was associated with an increase in the cases.

Contrary to earlier observations there seemed to be no link between depression and tea drinking or caffeine intake. Another study conducted in Denmark also found that there was no link between alcohol consumption and heart disease.

The term depression is used for two purposes. It can either refer to a person s mood where he or she is feeling sad and dejected and the term is also used to describe a debilitating mental illness called major depressive disorder. To feel sad during major life crises is normal but major depressive disorder refers to a condition where there is prolonged sadness without any link to life events. It s important to remember that major depressive disorder is an illness and needs to be treated just like other ailments physical or mental. (Understanding it is half the battle won)

Here are some foods that you should stay away from you re stressed because they tend to increase our cortisone levels:

Chocolate and sweets
Sugar only contributes to higher levels of stress hormones. The blood sugar and insulin spikes that accompany the consumption of refined sugar can also lead to crashes, irritability and increased food cravings. (Read: Why dark chocolate keeps you calm and stress free)

Spicy foods
Steer away from spicy foods as while you are stressed you will not be able to process food as well, because of a slowed-down metabolism. This can lead to acid reflux, and spicy food then could make that worse.

Energy drinks
Full of caffeine and sugar, energy drinks and caffeinated colas are some of the worst foods for stress. The combination of caffeine jitters and the sugar crash can be taxing on your body, adding stress.

Coffee drinks
Sweet coffee drinks like vanilla lattes and mochas, which are made with sugary syrups and espresso can also increase stress levels. Getting a sugary coffee drink when you have lots to do, can make you highly agitated, even more so than before. (Read: Coffee can make women infertile)

Gum and sugar-free candies
Eating chewing gum and artificially sweetened candies could exacerbate stress-related digestive issues, which can in turn lead to irritability.

Processed foods
High in sodium, fat and artificial additives (not to mention that they add little-to-no nutritional value), the processed foods we turn to for a little comfort can actually increase stress levels.

Alcohol
Alcohol stimulates the release of cortisol, and alcohol and stress feed each other. Instead of alcohol dampening the emotional effects of stress, stress will actually reduce the intoxicating effects of alcohol. (Read: Wise way to drink healthy)

Revealed - why you gain weight after dieting 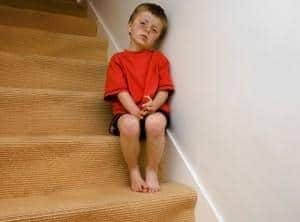 Child sex abuse - it's very much there