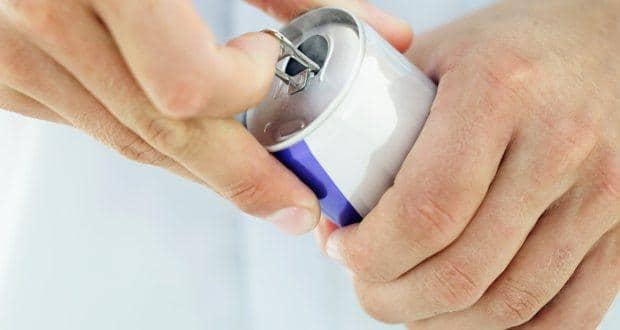 Scientists have revealed that healthy adults who consume energy drinks with high caffeine and taurine content have significantly increased heart contraction rates one hour later. Jonas Dorner, M.D., radiology resident of the cardiovascular imaging section at the University of Bonn, Germany said that they haven't known exactly what effect these energy drinks have on the function of the heart.

Doner said that there are concerns about the beverage's potential adverse side effects on heart function, especially in adolescents and young adults, but there is little or no regulation of energy drink sales. He said that usually energy drinks contain taurine and caffeine as their main pharmacological ingredients and the amount of caffeine is up to three times higher than in other caffeinated beverages like coffee or cola. There are many side effects known to be associated with a high intake of caffeine, including rapid heart rate, palpitations, rise in blood pressure and, in the most severe cases, seizures or sudden death. (Read: How bad are energy drinks?)

In the ongoing study, Dorner and his colleagues have used cardiac magnetic resonance imaging (MRI) to measure the effect of energy drink consumption on heart function in 18 healthy volunteers, including 15 men and three women with a mean age of 27.5 years. Each of the volunteers underwent cardiac MRI before and one hour after consuming an energy drink containing taurine (400 mg/100 ml) and caffeine (32 mg/100 ml).

The research saw that as compared to the baseline images, MRI performed one hour after the study participants consumed the energy drink revealed significantly increased peak strain and peak systolic strain rates in the left ventricle of their heart. However, the researchers have found no significant differences in heart rate, blood pressure or the amount of blood ejected from the left ventricle of the heart between the volunteers' baseline and second MRI exams. The study was presented at the annual meeting of the Radiological Society of North America.