Health experts on Monday called for better research and coordination between various agencies to contain 'neglected' tropical diseases like cholera.

Health experts on Monday called for better research and coordination between various agencies to contain ‘neglected’ tropical diseases like cholera. Also Read - Ganesh Chaturthi 2020: 4 reasons an eco-friendly Ganesha is good for you

Participating in a panel discussion in the national capital, the experts among whom were also representatives of the government, explored the need to better understand the economic and social burden posed by these neglected diseases. Also Read - Weight loss diet: How to eat healthy in a restaurant when you want to lose weight

Cholera, kala azar and leprosy are some of the neglected tropical diseases traditionally found in low-income Asian and African countries.

The experts focused on how to reach the poorest and most marginalised people, and how to increase research and development capacity.

‘India recognises the challenges posed by neglected diseases and is committed to fight and eliminate each one of them. All stakeholders must work together to implement strategies and initiatives for success in our fight against them,’ Joint Secretary Anshu Prakash of the health ministry said.

Andrew Jenner of the International Federation of Pharmaceutical Manufacturing Associations (IFPMA) said: ‘Coordination between the government and the network of medicine and vaccine producers lends critical momentum to this process’.

In 2012, the World Health Organization (WHO) established targets for the control and elimination of 10 neglected tropical diseases by 2020.

Neglected Tropical Diseases (NTD) predominantly affect the world’s poorest people, leading to significant illness and debilitation that hampers childhood development and limits productivity. Globally, more than one billion people are affected by NTDs and more than 500,000 die every year.

We talked to Dr Gulrez Azhar, a senior lecturer at the Indian Institute of Public Health in Gandhinagar, Gujarat. Excerpts from the interview:

Q: What are the biggest challenges to eradicating communicable diseases like tuberculosis, malaria, dengue, encephalitis or swine flu (they all seem to have become seasonal now)? Is it because that these diseases aren t present in the Western world that we don t have a vaccine for them yet?

Dr Azhar: There are various reasons for this. We as a country have various shortages. We have a healthcare system based more on treatment than prevention, a system which lacks the capacity to deal with the healthcare needs of its people and a serious lack of human resources. There s also the point that since these neglected tropical diseases aren t present in developed countries there hasn t been enough research to find vaccines for them. Though there have been attempts to fund research into these, much more needs to be done. (Read more..) 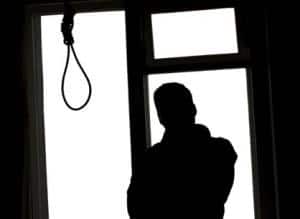