Beta-carotene in carrots could affect your vision, bone strength and immunity! 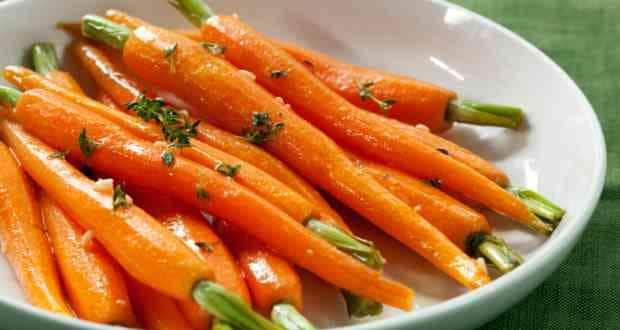 Consuming excessive amounts of beta-carotene, an antioxidant that imparts colour to carrots, sweet potatoes and certain greens, could be hazardous for health, says a study. Scientists at Ohio State University have found that certain molecules that derive from beta-carotene have an opposite effect in the body -- they actually block some actions of vitamin A, which is critical to human vision, bone and skin health, metabolism and immune function. Because these molecules derive from beta-carotene, researchers predict that a large amount of this antioxidant is accompanied by a larger amount of these anti-vitamin-A molecules as well, the Journal of Biological Chemistry reported.

"We determined that these compounds are in foods, they're present under normal circumstances, and they're pretty routinely found in blood in humans, and therefore they may represent a dark side of beta-carotene," said Earl Harrison, professor of human nutrition at Ohio State, who led the study. "These materials definitely have anti-vitamin-A properties, and they could basically disrupt or at least affect the whole body metabolism and action of vitamin A. But we have to study them further to know for sure," Harrison was quoted as saying in a university statement. Vitamin A provides its health benefits by activating hundreds of genes. This means that if compounds contained in a typical source of the vitamin are actually lowering its activity instead of promoting its benefits, too much beta-carotene could paradoxically result in too little vitamin A.

The findings also might explain why, in a decades-old clinical trial, more people who were heavily supplemented with beta-carotene ended up with lung cancer than did research participants who took no beta-carotene at all. The trial was ended early because of that unexpected outcome. The scientists aren't recommending against eating foods high in beta-carotene, and they are continuing their studies to determine what environmental and biological conditions are most likely to lead to these molecules' production.