These advertisements on HIV/AIDS changed the way India thought about this disease!

As Indians, we liked to believe that HIV/AIDS only affects the homosexuals and the ones from the lower rungs of the society. Yet 31 years after the first case of AIDS was detected in India in 1986 among sex workers of Chennai, today, HIV has spread its tentacles to all sections of the Indian society. Today we are a lot wiser and better informed about the unbiased nature of HIV/AIDS infections. Over the past decade, India has also made some strides in bringing down new HIV infections and AIDS-related deaths. The annual trend has been on a steady decline since the rollout of the free antiretroviral therapy in India in 2004. Part of the credit for both these achievements also goes to some of the brilliant AIDS campaigns our country has produced. Here are some of the most memorable ones.

Children of the 80s will have hazy memories of Shabana Azmi's AIDS ad that was broadcasted on Doordarshan. The ad was aimed at dispelling one of the biggest misconceptions about AIDS in the country. In the ad, Shabana Azmi schools a bunch of ill-informed reporters who believed that AIDS spread through touch. Can AIDS spread through kissing and touching? To prove her point, she sits next to a little girl playing an AIDS patient in the ad and puts her arms around her. To punctuate her point, she says poignantly, "Chhoone se AIDS nahi hota. Chhoone se sirf pyar phailta hai" (Touch doesn't spread AIDS. Touch only spreads love). Last year, the actress-turned-MP also tweeted lines from the ad saying that it had the largest recall value in ads.

It's impossible to have missed the Balbir Pasha ad campaign if you grew up in India during the 2000s. 'Balbir Pasha ko AIDS hoga kya?' Indian heard the question blaring from the radios and televisions, and saw the message staring back at them from huge billboards. The ad campaign was part of PSI India's Operation Lighthouse, an HIV/AIDS prevention programme executed by Lowe. It was aimed at the working class community, where AIDS and contraceptive awareness was low and high-risk sexual behaviour was rampant. A typical ad involved a question and an informative answer revolving around a fictional Balbir Pasha. 'I only have sex with one person (sex worker or casual partner) and hence I am safe' 'Balbir Pasha only goes to (has sex with) Manjula. But others go to Manjula too. The ad campaign was successful. India saw a threefold increase in condom use among sex workers and people visiting sex workers. Here are some of the heartbreaking facts about women living HIV/AIDS in India. 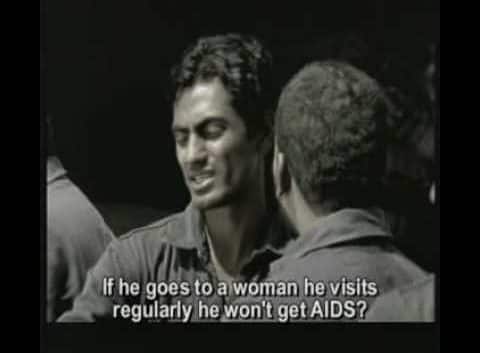 National AIDS Control Organisation or NACO ditched the sombre undertones and fear factor associated with AIDS ads and brought out an ad that made us all chuckle. An employer, played by actor Pavan Malhotra, receives resignation letters from his employees who cite silly reasons to quit. One says that he has an allergy to the tube lights and the other says that the Vastu doesn't suit her. When the bewildered employer questions the absurd excuses, he is reminded that he fired an HIV-positive employee Mohit on absurd grounds too. He realises his folly and reinstates the fired employee. 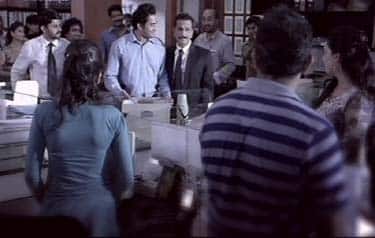 These ads reflected the changing attitudes of people and society at large towards HIV/AIDS. Each helped in introducing HIV and AIDS into our daily conversation, instead of treating it like a taboo topic. To a large extent, they also helped in creating awareness and removing some of the stigma associated with the condition in the country.