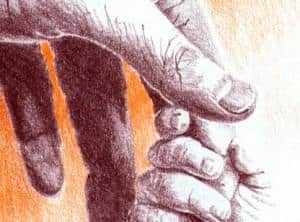 Doctors here gave a new lease of life to a one-month-old infant weighing barely 1.8 kg by placing a stent after a blockage was reported in the right ventricle of her heart.

'The baby was referred from a government hospital. She had stopped breathing and showed signs of heart problems. After keeping her on a ventilator for almost a month we discovered the artery going towards her lungs obstructed,' said S. Radhakrishana, head of department paediatric and congenital heart disease at Fortis Escorts Heart Institute in New Delhi on Wednesday.

A major surgery like an open heart operation could not be done as the infant's weight was very less, hence a minimally-invasive procedure was performed on the baby earlier this month. (Read: Three-month-old 'fire baby' Rahul: Is he suffering from spontaneous human combustion or child abuse?)

'We carried out a minimally-invasive procedure for now, but the baby will require an open heart surgery once she weighs eight to nine kg as she also has a hole in her heart,' added Radhakrishana.

The infant's parents live in an old Delhi slum.

'The baby was discharged (from hospital) in a week after she responded well to the treatment. The girl also has some facial abnormalities due to which there are problems in gaining weight,' said Neeraj Awasthy, paediatric cardiologist at Fortis hospital. (Read: 'Two-headed' Tripura baby suffering from rare condition successfully treated in Kolkata)