Here is the story of Nirvana the tiniest surviving premature baby in India. 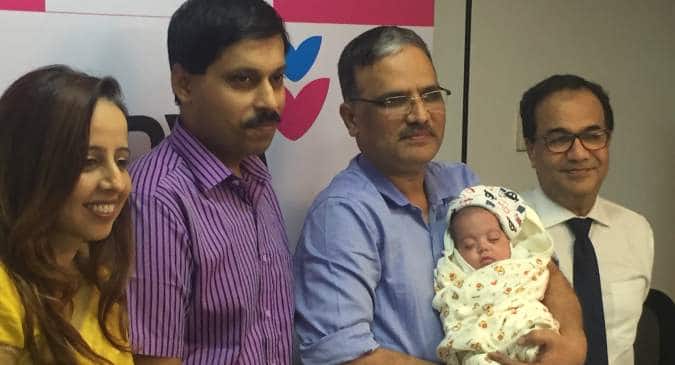 After enduring the fight of his life, miracle baby NIRVAAN is finally going home following  132 days in the Neonatal Intensive Care Unit (NICU) at the Surya Hospital, Mumbai. It was a dream come true for the parents and team of  Dr Nandkishor Kabra, Neonatologist and Director of NICU, Dr Sejal Desai, Dr Sejal Desai, Obstetrician & Gynaecologist, Dr Hari Balasubramanian, Neonatologist & Dr. Bhupendra Avasthi with other 14 doctors (Neonatology Fellows and residents) and 50 nursing staff at Surya NICU  who spent several sleepless nights in managing this tiny tot all are happy to see nirvana go home healthy and happy. Also Read - Dexamethasone Use For Covid-19 Treatment in Pregnant Women May Cause Birth Defects In Babies

The frightening dream transformed to reality for Mumbai couple – Retika and Vishal, when their baby boy NIRVAAN was born on 12th May 2017 during the 22nd week of pregnancy with a birth weight of 610 gms, head size of 22cm and length of 32cm. The infant has proved to be a miracle micro man. India’s Tiniest surviving infant by gestational age maturity of 22 weeks at birth. Also Read - International Day Of Families: Sowing The Seeds Of A Great Family With Conscious Pregnancy

The celebration of first pregnancy was short lived for the career-oriented biomedical engineer, when her waters broke suddenly on 12th May. It was almost certain that she would deliver in few hours time. In Retika’s case, adversity never came alone-she delivered within few seconds of admission to the labour ward of Surya mother and child care. There was neither time to prepare for a caesarean section nor an opportunity for maternal steroid treatment, each of which could have improved the survival outcome. Despite all odds, Nirvaan received timely attention by a skilled neonatal team during the ‘golden’ initial 10 minutes of life and was swiftly transferred to the Neonatal intensive care unit within 15 minutes of age where he was meticulously monitored and managed over the past 4 months. Also Read - Pregnancy complications: What can you do to reduce risk of premature labour?

Dr. Bhupendra Avasthi, Director of Surya Child Care said, “Nirvaan had immature lungs at birth requiring ventilatory support right from the labour room. He required respiratory support for 12 weeks which included 6 weeks of ventilator support. Multiple doses of surfactant injections were instilled into the breathing tube to expand his lungs. He survived life-threatening events such as Pneumothorax (air accumulation around the lungs) and brain bleeds to emerge as a crusader. A month-long steroid treatment was needed to help him breathe on his own. The steroid treatment also increased his risk of having an infection and high blood sugars which required antibiotic and insulin therapy. Multiple blood transfusions, LASER treatment of eyes and hernia surgery were also required during this period. Oral feeds could be given only after 3 months of age.”

‘It took at least 6 weeks for the medical team to see the winner in Nirvaan. That was when he was taken off the ventilatory support and weighed 1kg while on complete milk feeds. He was however continued on non-invasive respiratory support for the next 6 weeks. Oral feeds and breastfeeding could be initiated only after 3 months of age. Multidisciplinary management in the form of heart and brain scans, bone integrity checks, hearing assessments, skin care, physiotherapy, lactation support was required. The family also was provided emotional support through rigorous counselling by the medical team,’ Said Dr Avasti.

‘Sheltered in a closed incubator and in the midst of tubes, circuits, iv lines, probes, dressings, eye pads, etc. Nirvaan was virtually invisible in the initial days. All team of doctors and nurses are happy to see nirvana go home healthy and happy. Nirvana is on breastfeeding and with a weight of 3.72kg head size of 34 cm and length of 50 cm. The most important is going home, with an intact brain, vision, hearing and potential for normal long-term neurological development.’ Added Dr Avsati.

Infants born between 22 and  24 weeks of pregnancy are considered periviable infants or infants born at the limits of viability, as a fetus may not exist independent of the mother prior to 22 weeks. To a neonatologist and paediatrician, there could be no bigger challenge than managing a 22 weaker ultra micro premature new-born baby. To our knowledge, there is no report of a surviving 22-week newborn baby from our country. There is also limited experience with managing such babies.

When it comes to 22 weekers gestation premature infants, 40-50% of them are born dead (stillborn) worldwide. Among those that are born alive, less than 5% continue to survive. The United States – NICHD (National Institute of Child Health and Human Development) Neonatal research network has reported that only 2% of the live born babies have survived to discharge, and only 1% survived with the normal neurodevelopmental outcome. A large population-based study from France( EPIPAGE 2) has reported 0% survival in such babies.

The surviving infants are at high risk of having a serious neurodevelopmental disability such as cerebral palsy, mental retardation, hearing loss, visual impairment, epilepsy. Hence, even in developed countries, only 20% of infants born at 22 weeks would be offered active resuscitation or life-saving interventions at birth. About 80% of the babies would be provided comfort care in the delivery room

Nirvaan’s story highlights the fact that periviable infants born in developing countries not only have a chance, but also the right to survive and live a normal life.  In the utero transfer of newborns to an advanced maternity cum neonatal hospital for delivery, sophisticated neonatal care and teamwork could make that happen. Surya mother and child care has served as a standalone newborn hospital in the heart of Mumbai city for the past 25 years. The country’s first surviving 24-week newborn baby SURYA was discharged from Surya on March 2011). SAKSHI – India’s first surviving 23-week baby was also discharged from the same. Having broken our own record after nearly 2 years, it is evident that intact survival of such micro preemies may be a  daunting task, but not impossible. 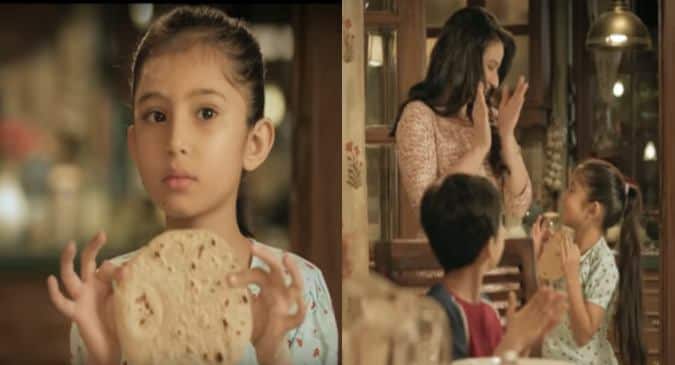