Assam government mulling blanket ban on all forms of tobacco including cigarettes!

In what can be described as one of the biggest shots against the menace of tobacco, the Assam government is considering banning all forms of tobacco products including smokeless tobacco ones like gutk 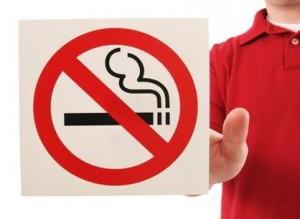 In what can be described as one of the biggest shots against the menace of tobacco, the Assam government is considering banning all forms of tobacco products including smokeless tobacco ones like gutka, masala, marwa,, cigarettes, bidis and cigars reports the Times of India. The Gauhati High Court has asked the state government to tell them why all forms of tobacco shouldn’t be banned in the state and has given it time till November 8. Also Read - DO THIS when you see someone smoke

Earlier the High Court took suo moto (on its own motion) cognizance after the Assam Branch of the Indian Dental Association wrote a letter to the chief justice asking it to intervene in regulation or prohibiting all kinds of tobacco products in Assam. The directive came at a time when the assembly has passed the Assam Health Bill, 2013. ‘We believe that the bill should be modified and there is a need for a complete ban on all forms of tobacco, including smokable tobacco like cigarette or bidis, in the interest of health of citizens. Banning smokeless products only will serve the real purpose of the state government,’ said S S Dey, the amicus curiae of the high court in the case. (Read: Various technique to quit smoking) Also Read - Smoking abstinence will not make you a glutton

‘The high court is also exploring the possibilities of making a judicial legislation in the matter till a new law is prepared,’ added Dey. The state government, however, sought time to file its reply after a discussion in the house.

According to the Assam Health Bill 2013, anyone found engaged in manufacturing, advertising, selling, storing, distributing and trading any product like zarda, gutka, and pan masala which contains tobacco or nicotine will face legal. The punishments for violators include a jail term which can go up to seven years and fine around Rs 5 lakh.

Recently, in a similar move the Maharashtra government in a bold move renewed its ban on gutka andp pan masala and also included other smokeless tobacco products like zarda, khaini, kharra, masher, mawa and flavoured supari all of which pose innumerable health hazards. (Join the War on Tobacco)

It’s in every sense a historic judgement. We shall see the health benefits in as short a time span as the next five years as cancer rates go down. WHO has classified chewing tobacco as a confirmed carcinogen and there’s enough evidence to suggest a causal link with various other diseases like heart ailments, hypertension, increased risk of stroke and adverse pregnancy outcomes. Read more…

Sold as mouth fresheners or something similar, these products use menthol, perfume, spices, sugar, etc. to mask the bitter taste of tobacco and other carcinogens and get youngsters hooked. The truth is that tobacco remains the most dangerous consumer product in the world in the 21st century which kills half its patrons (and I see many of them every day, those who’ve been disfigured by the most horrible forms of oral and mouth cancer) and its very existence is a bane to mankind. 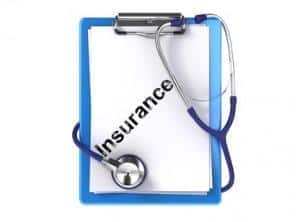 Ten questions you should ask your health insurance company

'Save the doctor' campaign held on Thursday