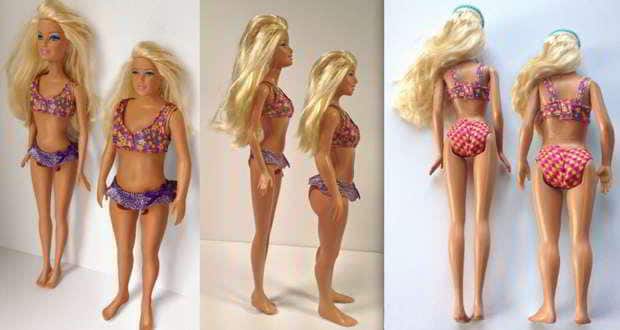 Wellington (ANI): An artist from Pennyslvania has created his own version of a typical blonde Barbie, which has the average proportions of a 19-year-old US woman.

The project in the beginning was an experiment to see what the difference between the two will be, but after Nickolay Lamm from Pittsburgh, developed the toy, he discovered that the average American 19-year-old female figure looks great in plastic toy form, Stuff.co.nz reported.

Lamm said that a lot of people said that Barbie shouldn't be criticised, as she is a toy but if there is a chance that it negatively affects young girls, and if normal Barbie looks awesome, why not create the normal one.

He also believes that his version looks better than Barbie in its present form.

The Barbie that he has developed has a much wider neck, shorter legs, a waist that not very thin and a head that does not look like a lollipop.