Home / Health News / Are we ready for a tobacco-free world?

Are we ready for a tobacco-free world?

Despite effective, evidence-based tobacco control policies, reduction in smoking prevalence in developed countries has started to slow down and smoking continues to increase in many low-and middle inc

Despite effective, evidence-based tobacco control policies, reduction in smoking prevalence in developed countries has started to slow down and smoking continues to increase in many low-and middle income countries. This disturbing trend has sparked interest among public health experts to propose innovative and even dramatic endgame strategies to address the global tobacco epidemic. Also Read - WHO chief self quarantines after coming in contact with COVID-19 infected person

With India implementing a ban on gutka in 33 states and Union Territories, countries like New Zealand, Finland and Norway proposing to become tobacco-free within next three decades and Singapore and Tasmania proposing tobacco-free future generations by restricting sale of tobacco products to individuals born after the year 2000, an initiative towards an endgame for tobacco is springing in different regions of the world. With the World Health Assembly adopting a target of 30% relative reduction in tobacco use prevalence by 2025, the global narrative on tobacco control is increasingly exploring the concept of tobacco endgame , which envisions reducing tobacco prevalence and availability to minimal levels. Also Read - Coronavirus update: Cases surge in South Korea, WHO fears spread to African countries

While the global discourse on tobacco control so far has mostly emphasized demand reduction measures, the need to curb this industry driven epidemic becomes even more urgent in the context of sustainable development. Since tobacco also degrades the environment in many ways and contributes to food and water security, actions to reduce the production and marketing of tobacco must also now be vigorously pursued alongside effective implementation of demand reduction measures.

With support from the Ministry of Health and Family Welfare (MoHFW) and World Health Organization, Public Health Foundation of India (PHFI) and HRDIAY is organizing the International Conference on Public Health Priorities in the 21st Century: The Endgame for Tobacco from 10th – 12th September, 2013 at Taj Palace Hotel, New Delhi, at which nearly 500 participants from over 50 countries will come together to deliberate and present actionable strategies to fight the global tobacco epidemic.

Introducing the Conference, Shri. C. K Mishra, Additional Secretary, MoHFW said, India has been committed to strengthen its national tobacco control efforts as well as to contribute to advancing tobacco control, globally. India played a leading role during the negotiations of the WHO Framework Convention on Tobacco Control and has been striving to introduce measures for implementing and moving beyond the Treaty. The nation-wide ban on gutka is one such step. We are happy to host governments, tobacco control experts, multi-disciplinary advocates, human rights activists, policy makers and health professionals from across the world in India and deliberate on methods to collaboratively fight the tobacco epidemic. It is only through the collective resolve of Governments, world leaders, development partners and civil society that we can save lives, protect and preserve the health of future generations from the harmful effects of tobacco use. The campaign has to go on till we are able to achieve the desired results. The Ministry of Health and Family Welfare, Government of India also announced former Indian cricket team captain Rahul Dravid as the brand ambassador for its National Tobacco Control Campaign.

The WHO Framework Convention on Tobacco Control (WHO FCTC) demonstrates the world’s commitment to decisive action against the global tobacco epidemic. It is one of the most widely embraced treaties in the history of the United Nations and provides Member States with a powerful tool for saving many lives through tobacco control and non-communicable disease prevention. The Government of India has taken a lead in implementing the WHO FCTC and we remain committed to supporting the government in its endeavours, said Dr Nata Menabde, WHO Country Representative for India. (Read: Various techniques to quit smoking)

Hon ble Union Minister for Health and Family Welfare, Government of India, Shri Ghulam Nabi Azad and Dr Margaret Chan, Director General, World Health Organization (WHO) will inaugurate the Conference at 9:30 a.m. on September 11, 2013. Other dignitaries participating in the Conference include Smt. Krishna Tirath, Hon ble Minister of State for Women and Child Development, Government of India and Dr Fenton Ferguson, the Hon ble Health Minister of Jamaica. The Conference will also celebrate the completion of a decade of the WHO Framework Convention on Tobacco Control (FCTC) the world s first public health treaty and India s tobacco control law Cigarettes and Other Tobacco Products Act (COTPA). The Conference will also see the launch of a global, youth-led movement No More Tobacco in the 21st Century .

Dr Judith Mackay, Senior Advisor, World Lung Foundation who is a global leader of the tobacco control movement and was Advisor to WHO during the FCTC negotiations, is also attending the Conference as a Key Speaker. She said, every historical achievement was preceded by many people saying it couldn t be done, wouldn t work, or would create new problems. An end-game scenario is a very recent idea (with less than 5 countries in the world having announced a target date) so this conference is particularly timely. Let us hope the meeting will encourage all attending countries to announce an end-game date, and come forth with some innovative ideas as to how to reach the target.

This Conference provides an opportunity for experts to deliberate, discuss, debate and agree on an Endgame vision, definition and endgame strategies. Multiple sessions will evaluate these novel, radical and bold endgame strategies, weigh their outcomes and the political, legal, ethical, economic, regulatory and social barriers to jointly develop an action plan to reach this aspirational goal of a tobacco-free world.

Estimates suggest that the 21st century will witness up to one billion deaths attributable to tobacco use. This alarming projection warrants urgent, concerted and multi-sectoral action in fight the tobacco epidemic. The Conference aims to bring together partners beyond the health sector to integrate tobacco control with the sustainable development goals and prioritize health in global trade agreements. The Conference does not seek to declare that the decisive endgame has already begun but that the process to plan and globally advance the endgame strategy must commence without delay. We cannot passively wait for the tobacco industry to close its shop at a time of its choosing. We must act decisively to hasten its end. said Prof K. Srinath Reddy, Conference President and President, Public Health Foundation of India (PHFI). 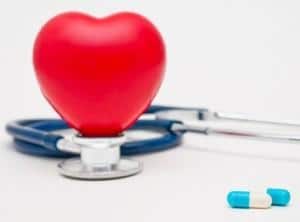