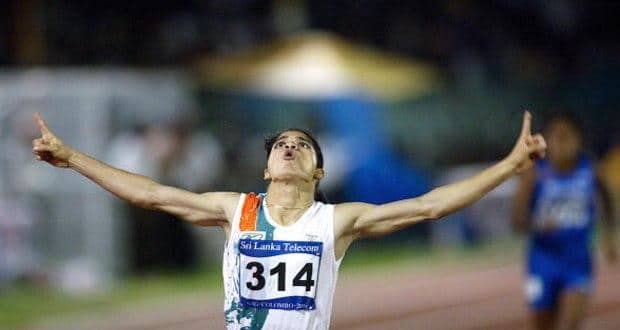 The former gold medallist blamed testosterone injections - reportedly administered to her to improve athletic performance - were responsible for her male-like characteristics. In a recent interview, Pinki Pramanik accused of being 'male' and raping her housemate opened up about her ordeal. Her coaches routinely administered 'Russian medicine' which made her voice grow deeper, she said.

"I am not male. I have always been female. As a child, I used to look very sweet. I was a normal girl, like any other, and I wore clothes like that (pointing to my salwar kameez). But now I only wear these clothes (pointing to her track-pants and polo shirt). I look more male now because, as part of my training to compete in international athletics, I used to be regularly administered testosterone injections like other female participants. It was called Russian medicine. I was told that it was necessary to take these and I never questioned whether these were legal or not. I was focused on winning and did whatever I was asked to do by my trainers, who knew what was best for me. But after that my voice became deeper and I grew more body hair."

Pinki also accused the police of manhandling her and said she was forced to undergo multiple gender determination tests. "When they arrested me, I was led away by two male police, who grabbed me by the arms. I told them, 'I'm not going to run away. Please don't manhandle me'. But they didn't listen. I was also kept in the men's prison, though in a separate cell. I was assigned one female guard, along with one male guard, during the 26 days that I was in jail. I did not want to undergo a gender test because it is humiliating. But they forcefully subjected me to it against my wishes. I was taken to a hospital and given an injection to make me fall asleep. When I awoke, I found my hands and feet tied to the bed and all my clothes removed."

The formed gold medallist had a horrid time in recent weeks. She was kept in a male jail, forced to take gender determination testsand even had an MMS clip released while undergoing one of these tests. The treatment meted out to her came under severe criticism from various avenues. All her gender tests were inconclusive and the courts deemed that she was 'incapable' of rape. The final verdict said that she wasgenetically almost male.

Is Pinki male or female? The answer isn't that simple.