To reduce out of pocket expenditure in public health facilities, the government is promoting the use of several initiatives such as the Janani Shishu Suraksha Karyakram (JSSK), the Rashtriya Bal Swasthya Karyakram (RBSK), the expansion of Universal Immunisation Programme, free emergency referral services and the NHM-Free Drugs Service Initiative and the NHM-Free Diagnostic Service Initiative. It is also providing health insurance coverage under the Rashtriya Swasthya Bima Yojna, which offers Below Poverty Line (BPL) families up to Rs. 30,000/- per family per year. Also Read - 5 diet changes to control weight gain from PCOS

Since health is a state subject, the government says that such proposals have to be formulated at the state level, especially as the Clinical Establishments (Regulation and Registration) Act, 2010 has not been adopted by many states. Meanwhile, in a related development, the Indian Council of Medical Research (ICMR), has said that men are more prone to mouth cancer and women to breast cancer. According to data provided by the ICMR, deaths due to lung cancer account for 14.7 percent of all cancer deaths in males and are the top cause of cancer deaths for men in the country. (Read: Healthcare in India is the Narendra Modi government going to bring achche din?) Also Read - Dengue fever: Keep it at bay with these simple tips

Deaths due to cervical cancer account for 24.1 percent and breast cancer account for 16.3 percent of all female cancer deaths. Breast cancer is the second leading cause of death among women. The estimated number of deaths due to stomach cancer (in both men and women combined) for the year 2014. About 4.3 percent of deaths are due to all anatomical sites of cancer. Stomach cancer is the sixth leading cause of death in both men and women. The estimated new (fresh) mouth cancer cases in India has risen from 45191 in 1990 to 108076 in 2013. (Read: WHO asks India to drastically improve its quality of healthcare)

The Centre supplements the efforts of state governments for improving healthcare including prevention, diagnosis and treatment of cancer. At present, the National Programme for Prevention and Control of Cancer, Diabetes, Cardiovascular Diseases and Stroke (NPCDCS) being implemented under National Health Mission (NHM) for interventions up to the district level includes awareness generation for Cancer prevention, screening, early detection and referral to an appropriate level institution for treatment. The focus is on three areas namely breast, cervical and oral cancer.

Screening guidelines have been provided to state governments for implementation. The government approved a tertiary care for cancer scheme under the National Programme for Prevention and Control of Cancer, Diabetes, Cardiovascular Diseases and Stroke (NPCDCS) in the year 2013-14. Under the said scheme, it will assist to establish or set up 20 state cancer institutes (SCI) and 50 tertiary care cancer centres (TCCC) in different parts of the country. The maximum assistance inclusive of state share for SCI is up to Rs.120 crore and for TCCC is up to Rs.45 crore subject to eligibility as per scheme guidelines and availability of funds. (Read: Highlights of this year s healthcare budget)

The treatment for cancer in government hospitals is either free or subsidized. Financial assistance to Below Poverty Line (BPL) patients is available under the Rashtriya Arogya Nidhi (RAN). Besides this, the Health Minister’s Cancer Patient Fund (HMCPF) within the Rashtriya Arogya Nidhi has been set up in 2009 wherein 27 erstwhile Regional Cancer Centres (RCCs) are provided with revolving funds to provide immediate financial assistance up to Rs.2.00 lakh to BPL cancer patients. This was stated in Rajya Sabha today by Minister of State for Health and Family Welfare Shripad Yesso Naik through a written reply. 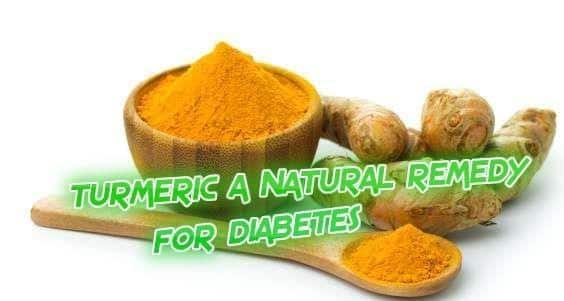 3 reasons turmeric is a boon for diabetics