Are fruit juices as bad as colas for your health? 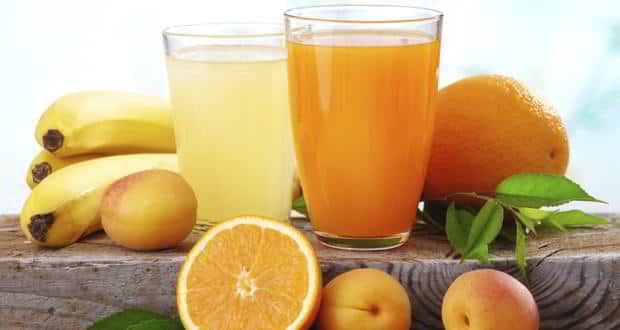 A new study has revealed that fruit juice could be as bad for you as fizzy drinks as it increases the risk of diabetes. Dr Jason Gill from the University of Glasgow's Institute of Cardiovascular and Medical Sciences said that the five fruit and vegetable servings should no longer include a portion of fruit juice as an option as this can lead to a higher chance of diabetes.

According to experts, drinking more than 150 millilitres of fruit juice in a day puts people at an increased risk of developing diabetes. Gill added that the sugar contents in fruit juices are similar to those found in colas and similar drinks. Earlier, Susan Jebb, head of diet and obesity research at the Medical Research Council's Human Nutrition Research unit in Cambridge, says she did not see juice as a healthy option. 'Fruit juice isn't the same as intact fruit and it has got as much sugar as many classical sugar drinks. It is also absorbed very fast so by the time it gets to your stomach your body doesn't know whether it's Coca-Cola or orange juice, frankly,' she told Sunday Times.

'I have to say it is a relatively easy thing to give up. Swap it and have a piece of real fruit. If you are going to drink it, you should dilute it,' she said. Read more about how you should make juices out of fruits and vegetables.

Popkin, a professor of nutrition at the University of North Carolina, told the Guardian that fruit juices and fruit smoothies were 'the new danger'.

'Think of eating one orange or two and getting filled. Now think of drinking a smoothie with six oranges and two hours later it does not affect how much you eat. The entire literature shows that we feel full from drinking beverages like smoothies but it does not affect our overall food intake, whereas eating an orange does,' he said.

'So pulped-up smoothies do nothing good for us but do give us the same amount of sugar as four to six oranges or a large coke. It is deceiving,' Popkin said.

According to leading lifestyle and obesity consultant Naini Setalvad, 'Whether fresh or packaged, juice is not something one should be drinking. A 250 ml glass would be equal to having 10 spoons of sugar even when no sugar has been added giving a very high sugar rush which can cause burst of energy which will drop immediately causing fatigue , lethargy and irritability. There is absolutely no fibre so doesn't keep you full. A 250 ml glass of orange juice would have at least 5-6 oranges. If you eat 5-6 oranges you would be full, but if you have a glass of orange juice you would yet want to eat more. So it's better to eat the fruit than drink the juice.' Besides juice, here are some more sugary products you should avoid for your health's sake.