Anti-tobacco ads to focus on dangers of passive smoking

The government is set to launch two new advertisement spots it its anti-tobacco drive Oct 2. These will run in 16 different languages to reach across the country.

The government is set to launch two new advertisement spots it its anti-tobacco drive Oct 2. These will run in 16 different languages to reach across the country. Also Read - 'Casual' smokers may also have nicotine addiction: Home remedies to help you quit smoking

The new advertisement spots, ‘Child’ and ‘Dhuan’ (smoke), warn of the deleterious effect smoking has on health, and the destruction second-hand smoke can cause, besides also listing the penalties that those violating the law against public smoking can face. Also Read - Smoking cigarettes can worsen ‘severity of COVID-19 infection’

The spots have been developed by the World Lung Foundation (WLF).

Oct 2 also marks five years of the implementation of smoke-free laws in India.

The launch of these two spots will reinforce the government’s emphasis on the issue of second-hand smoke and the implementation of smoke-free policies in India, an official release in New Delhi said on Monday. (Read: Forget Coalgate & Railgate, clamp down on Tobaccogate)

The new spots will replace the earlier advertisements ‘Mukesh’ and ‘Sponge’ depicting the harm that smokeless and smoked forms of tobacco can do.

The anti-tobacco health spots and disclaimers are being provided by the health ministry as per the ‘Cigarettes and Other Tobacco Products (Prohibition of Advertisement and Regulation of Trade and Commerce, Production, Supply and Distribution) Act (COTPA)’ rules. 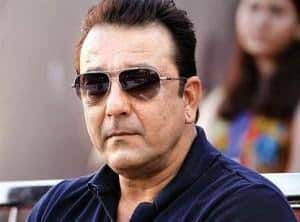