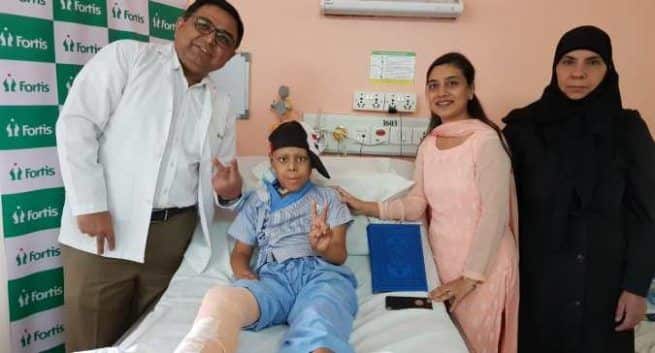 Iraqi boy gets treated in India for rare type of bone cancer. © Shutterstock

An eight year old Iraqi resident Hussein Mohammed, was studying in class 3rd until he was diagnosed with Ewing’s Sarcoma, in the Tibia (Shinbone). This is a rare type of cancer that most often occurs in and around the bones and is mostly seen amongst children and teenagers. Parents of the young boy sought treatment locally, he underwent chemotherapy, eventually, and he had to stop attending school. He responded well to the chemotherapy, but to treat Ewing’s Sarcoma, the doctor advised his parents for him to undergo amputation for the affected bone. Also Read - Kids who take steroids at increased risk for diabetes: Know the other side effects of this medication

Unwilling to hamper their child’s treatment and to avoid loss of leg, his parents sought further therapy options in India and brought their son to Fortis Hospital, Mulund where his case was reviewed by Dr Haresh Manglani, Consultant, Orthopaedic Onco-surgeon and Dr Rupal Chheda, Consultant, Radiation Oncologist. After a detailed assessment of the case, the patient was advised to undergo radical resection, extracorporeal radiation therapy (extracorporeal irradaition ECI) and re-implantation, a standard procedure to treat Ewing’s Sarcoma. The procedure includes removal of the affected bone from the body; the bone is given high-grade radiation to remove the cancer. Post radiation, the bone is fixed back to its position with the help of metallic implants. Also Read - Want strong bones? Load up on almond butter, prunes, grapefruit and more

During the eight hour surgical procedure, a 15 cm segment of the bone was removed from Hussein’s tibia; high-dose radiation of 50 Gy was given to the affected bone over half an hour at the radiotherapy department and the bone was re-implanted (fixed back) into his tibia. The surgical challenge in this case was to spare the epiphysis – the growing part of the bone. After the resection of the tumour affected bone the part of the bone remaining was only 4 cms from the proximal end physis and 6.5 cms from the distal end physis. Re-implantation was done taking care not to violate the epiphysis on either side of the ends. Also Read - 5 simple steps to healthy and happy joints

Treating Ewing’s Sarcoma with extracorporeal radiation therapy and re-implantation, is time and cost saving procedure. Usually, while treating cancer with radiation, the amount of radiation administered has to be sufficient in order to eradicate the cancer. It has to pass through the skin and muscle to reach the affected bone which disturbs the normal uninvolved tissues and leads to unnecessary damage to the normal tissues. In order to reduce this damage to the normal tissue, the patient is advised to avoid more than 5000 rads throughout his/ her life time. But, in this case of Extracorporeal Radiation Therapy and Re-implantation, radiation is given to the affected bone outside the body and can be given in dosages higher than 5000 rads in one go. This dose of 50 Gy which is equivalent to 250 Gy in the conventional fraction using the linear quadratic model. This dosage is immensely higher than that of the standard fractionated external beam irradiation treatment for bone tumour and should be sufficient to produce a tumour kill of 100 %. In the present instance 50 Gy of radiation was given.

Speaking about the procedure, Dr Haresh Manglani, Consultant Orthopaedic Oncologist, Fortis Hospital, Mulund reportedly said that to the best of their knowledge this is the youngest international patient in India to have undergone this procedure. The advantage of this technique is that a high dose of radiation eliminates the chance of recurrence of cancer and there are no issues related to failure of the mega endoprosthesis. The patient is doing well now and has to come for a follow up after 6months.”

Speaking about her son’s condition, Hussein’s mother, Mrs Maqboola Mohsin reportedly said that they are thankful to the team of doctors at Fortis Hospital, Mulund, for treating their son. They were delighted when we heard that he would not be losing his leg and now will be able to walk. They hope he will now lead a normal life and pursue his studies. 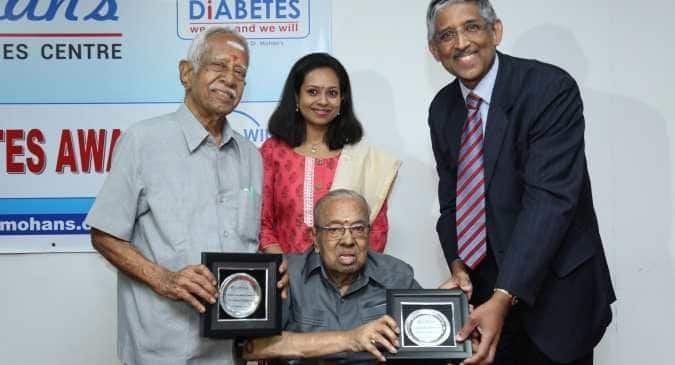 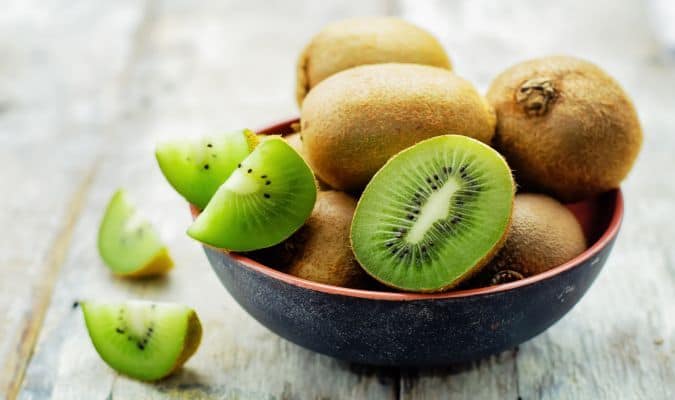