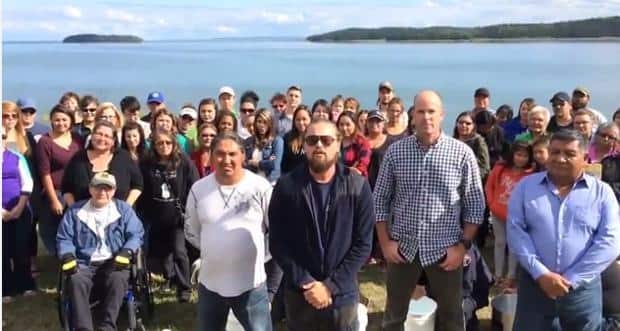 'And me? In addition to a donation from my foundation, I challenge Canadian Prime Minister Stephen Harper,' Leonardo wrote. The actor also reportedly donated $100,000 to the ALS association.

Fellow Hollywood superstar Matt Damon also accepted the challenge, but faced some moral scruples about wasting water. 'Not only because there's a drought here in California, but because I co-founded Water.org and we envision a day where everybody has access to a clean drink of water,' the actor said. 'There are about 800 million people in the world who don't, so dumping a clean bucket of water on my head seemed a little crazy,' Matt said. So to highlight, the need for adequate sanitation, Matt Damon used toilet water from his bathrooms to fill up his bucket. Pointing out that the most

He pointed out that toilets in the West are cleaner than most drinking water supplies in the developing world. 'As disgusting as this may seem, hopefully it will highlight the fact this is a big problem,' Matt said. After nailing two birds with one stone, the actor went on to nominate George Clooney, Bono and Tom Brady.

As of Monday, August 25, The ALS Association has received $79.7 million in donations compared to $2.5 million during the same time period last year (July 29 to August 25). These donations have come from existing donors and 1.7 million new donors to The Association.

The ALS Association's mission includes providing care services to assist people with ALS and their families through a network of chapters working in communities across the nation and a global research program focused on the discovery of treatments and eventually a cure for the disease. In addition, The Association's public policy efforts empower people to advance public policies in our nation's Capital that respond to the needs of people with ALS.

'ALS is a disease of the nervous system that affects the motor neurons in the brain and the spinal cord,' says Dr Sudhir Kumar, senior consultant neurologist, Institute of Neurosciences, Hyderabad. These motor neurons carry signals from the brain to the spinal cord and from the spinal cord to the muscles throughout the body. 'The disease is progressive in nature, which means once it starts it affects all body parts and ultimately causes complete loss of muscle movement and co-ordination. There is absolutely no hope of improvement in ALS and in the later stages the patient loses the ability to grab things, speak or even move any body part,' he explains.

The ALS Association credits Pete Frates, a former Boston College baseball player for making the challenge popular. He's been living with the disease since 2012, and it has become a phenomenon since Frates took the challenge at the end of last month.