The brain drain from the nation s top medical institution continues unabated with two more doctors cancer specialist Dr Vinod Raina and gynaecologist Dr Suneeta Mittal quitting AIIMS to join the newly-launched Fortis Memorial Research Institute in Gurgaon. Raina is in fact moving with several of his research projects, two of which were being funded by the Oxford University. Also Read - Amit Shah admitted to AIIMS for swine flu treatment

He is working on hormone treatment for breast cancer, a new drug trial for lung cancer and also developing indigenous molecules for treating lymphoma. Also Read - Flashback 2018: Top medical breakthroughs that experts want you to know

I have taken necessary permission from the funding agencies and AIIMS to shift the research projects to my new institution. The patients will be coming to Gurgaon and all treatment cost will be met with the project fund, Raina told TOI. He had been the head of Delhi Cancer Registry since 2004, led approximately 40 international, institutional and local research projects and authored more than 100 publications in national and international journals.

Dr Suneeta Mittal had earlier wanted voluntary retirement citing office politics and continual harassment by the authorities. She will now be heading the FMRI division for gynaecology and obstetrics. I did not have work freedom at AIIMS and due to overcrowding, the patient care also suffered. Here, I can give more time to my patients and treat them better, said Mittal. She added, Almost 85% of the healthcare services in the country are currently being provided by private sector. Public sector hospitals remain a few.

In the last two years at least 10 senior doctors have resigned or applied for voluntary requirement on various grounds. The crisis is set to get worse in coming months as a lot of senior docs are on the verge of retirement. Eight will retire in 2013, nine in 2014 and 16 the year after that, said a senior official. While officials believe that docs are leaving to earn more money there are various other reasons for this as well.

Less strenuous work schedule: Our public hospitals are notorious for being understaffed and overcrowded and the same goes for AIIMS. Doctors get fed up in the long run with the long hours and less pay and finally decide to move to greener pastures.

More research opportunities: With more and more private hospitals getting into research, there s new scope for doctors to carry out their work with proper funding which isn t constrained by government red-tape.

Backbiting and office politics: Most docs feel that though the private sector honey trap was always there, a good work environment and the opportunity to serve people was something that stopped docs from joining private hospitals. However, with a severe staff shortage, inhuman working hours and office politics doctors are quitting the institute to find newer pastures. 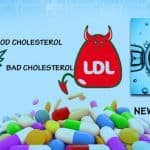