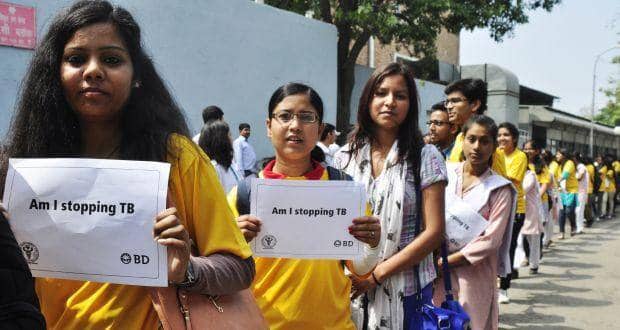 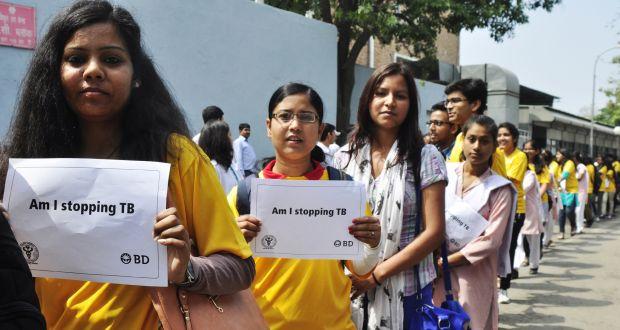 Hundreds of students took part in the formation of a human chain and rally to express solidarity with TB patients to raise public awareness about the debilitating disease at AIIMS in association with Becton, Dickinson & Co. (BD India), a leading medical technology company on the occasion of World TB Day. The rally was flagged off by Dr. M. C. Misra, Director of AIIMS and witnessed teachers and students  from Dayal Singh College (DU) and NDMC schools  holding banners and posters in their hands informing locals about the seriousness of TB and its prevention methods. Participants raised slogans urging people to be mindful about spitting habits and seeking diagnosis if cough persists for more than two weeks. Also Read - 7 reasons why the #BeefBan is good

Speaking on World TB Day Awareness programme Prof Sarman Singh, Faculty-in-charge, Microbiology, Department of Laboratory Medicine, AIIMS said, ‘Tuberculosis has inflicted much misery in terms of suffering and morbidity in the past but wherever we have taken strong and proven measures, the number of people falling ill with the dreaded disease has declined remarkably. Government of India should generate its own data reading efficacy of various diagnostic tests, as some of the recently introduced molecular methods have shown poor performance in detecting the drug resistance. GeneXpert has been a revolutionary diagnostic method in Africa but in India it can miss as many as 1/3 of Rifampicin resistance cases. If such systems are used routinely, this would give a false impression that India has very low rifampicin resistance thus making the programme managers complacent.’  (Read: How you can prevent tuberculosis) Also Read - World Tuberculosis Day 2020: TB tests you need to know about

As part of a daylong activity, students also participated in quiz competition and skit on the disease.  Dr. V.M. Katoch, Secretary, Govt of India & DG, ICMR, gave away prizes for the best slogans, skit, quiz and certificates of participation. In addition, a day-long symposium was organized in AIIMS auditorium that was attended by many doctors. Several topics on diagnosis, challenges in pediatric, pulmonary and extra pulmonary TB, evolution of Mycobacterium Tuberculosis driving drug resistance and challenges in TB control were discussed by eminent speakers such as Dr Urvashi Singh, Additional Prof, Microbiology – AIIMS, Dr Ranjani Ramachandran WHO SEARO, Dr Rohit Sarin, Director-National Instt of TB & Resp diseases, Dr VP Myneedu, NIRTD to name a few. (Read: How India’s faring in the battle against TB)

India ranks #1 in the world and constitutes 1/5th of the global TB burden. Every year, in India close to 2 million people develop the disease with nearly 40% of them being infectious. As per WHO, India along with China contributes nearly 50% to the global burden of Multiple Drug Resistant TB (MDR-TB). (Read: Extremely drug resistant TB rearing its head in India)

Why we need more such campaigns

• Tuberculosis (TB) is a highly contagious and easily transmittable disease that is treatable and curable, but only for those who know they have it.

• Over 95 percent of TB deaths occur in low- and middle-income countries. It is among the top three causes of death for women aged 15 to 44.*

• In the developing world, the TB burden has been significantly aggravated by the recent emergence of newer, drug-resistant strains of TB (MDR-TB and XDR-TB).

• No silver bullet exists to address all TB diagnostic needs. Complementary diagnostics are required to diagnose patients with active TB.

• In the developing world, patients have limited access to diagnostic tests that can quickly and effectively diagnose TB. 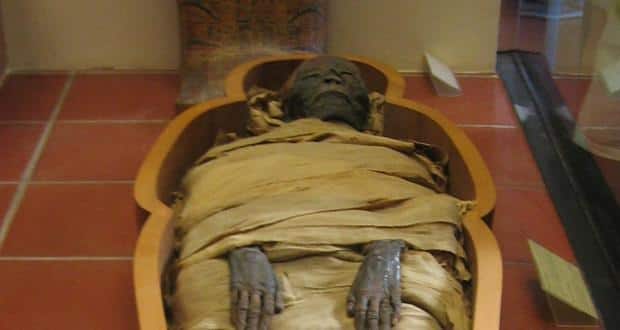 Even the ancient Egyptians suffered from lifestyle disorders! 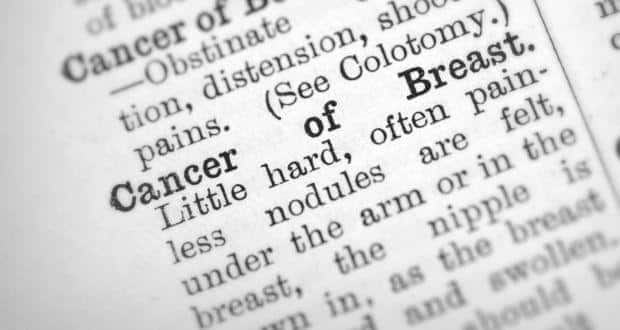