The Red Ribbon express arrived in Bengaluru on  Monday. Karnataka is a state with one of the highest number of HIV infected people. The Red Ribbon Express is arguably the world’s biggest media camp 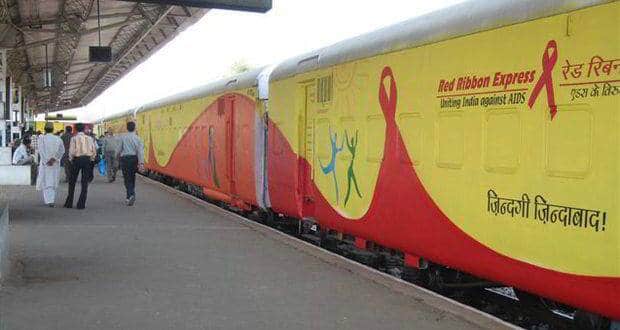 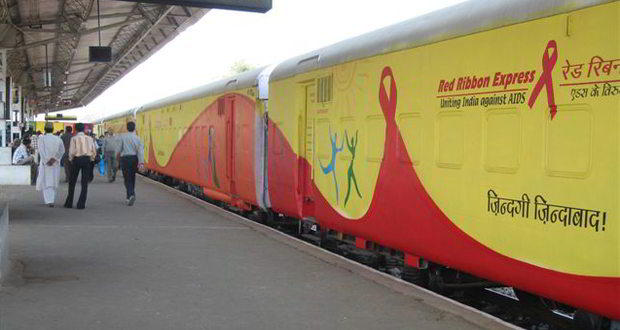 The Red Ribbon express arrived in Bengaluru on  Monday. Karnataka is a state with one of the highest number of HIV infected people. The Red Ribbon Express is arguably the world’s biggest media campaign on AIDS. It’s a specially designed exhibition train that will educate people about the prevention and myths associated with HIV/AIDS. Also Read - People with HIV at higher risk of heart failure

It began its journey on Dec 2007 and covered 180 stations across 24 states reaching about 6.2 million people across the country. Phase 2 began on Dec 1, 2009 and the train stopped at 152 stations across 22 states.  During the current phase 3, the train will stop at 162 stations across 23 states. The train arrived in the city after touching five districts of Belgaum, Harihara (Davangere), Dharwad, Gadag and Bidar. It will be at the Cantonment station till 6 pm on Tuesday, after which it will leave for Ashokapuram in Mysore and Kolar. Also Read - HIV patients are likely to suffer from heart diseases

After inaugurating the Express, state law minister Suresh Kumar said, “We need to take up the issue like Indians took to the Quit India movement in 1942, especially considering that we have three districts in our state with a chronic prevalence of HIV (Belgaum, Bijapur and Bagalkote).”There are certain myths about AIDS due to lack of adequate knowledge about the disease. “Those affected by AIDS need our support and help and not face discrimination based on ignorance,” he added. Click here to find out some of the common myths associated with AIDS. Also Read - U.S. to extend HIV/AIDS aid programme,Pence says

Karnataka State AIDS Prevention Society, the National AIDS Control Society and other organisations working for those affected by the disease hope this campaign will provide some perspective towards prevention of the dreaded disease, as well as addressing the discrimination faced by the affected persons. Click here to watch a video on how you can prevent HIV.

Bizarre - A woman who always smells of fish!