Aiming to help Indian death row prisoner in Pakistan Sarabjit Singh, the National Commission for Scheduled Castes has summoned officials of the Ministry of External Affairs (MEA) and Ministry of Home

Aiming to help Indian death row prisoner in Pakistan Sarabjit Singh, the National Commission for Scheduled Castes has summoned officials of the Ministry of External Affairs (MEA) and Ministry of Home Affairs (MHA). The Commission has also directed the central government to send a team of specialist Indian doctors to Pakistan for Sarabjit’s treatment, a senior commission functionary said in Amritsar on Sunday. Also Read - Indian Ocean designates CIMAP as centre for medicinal plants

Sarabjit is in coma after a murderous attack on him by fellow prisoners in Lahore’s Kot Lakhpat jail Friday. Doctors in Lahore’s Jinnah Hospital have described his condition as ‘critical’. He is reportedly ‘in deep coma’. Also Read - Clade X virus can kill 900 million people across globe if not checked, says study

‘We (commission) have issued a notice to the government of India to send a team of specialist doctors to Pakistan for his treatment,’ Raj Kumar Verka, vice chairman of the commission, said here. ‘We have summoned senior officers of the MEA and MHA for a meeting with the Commission on Monday (in New Delhi) to try to see if he can be brought back to India for treatment. We have sought an action taken report from them,’ Verka said. Also Read - Nipah virus: 5 shocking facts about this deadly disease that has claimed lives in Kozhikode, Kerala

‘At this time, he should not be treated as a prisoner but as a patient. His life should be saved on humanitarian grounds. So many Pakistani patients come to India for medical treatment,’ Verka said. Verka, who specially flew to New Delhi from here and arranged visas from the Pakistan high commission for four members of Sarabjit’s family, said the commission would do everything possible to help the prisoner and his family. He appealed to Prime Minister Manmohan Singh to initiate government-to-government talks with Pakistan to help Sarabjit.

Sarabjit, 49, suffered critical head injuries in an unprovoked and sudden assault by about five prisoners with bricks and plates in Lahore’s Kot Lakhpat prison Friday evening. He has been on death row in Pakistan since 1990 after being convicted by Pakistani courts for bomb blasts in Lahore and Multan, which left 14 people dead.

Sarabjit’s family claims he is innocent, and that he crossed over to Pakistan in August 1990 in an inebriated state, only to be arrested there. Police in Pakistan, however, claim that Sarabjit Singh, known as Manjit Singh, was involved in terrorist strikes. 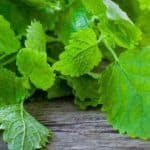 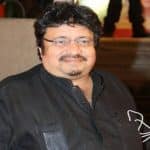