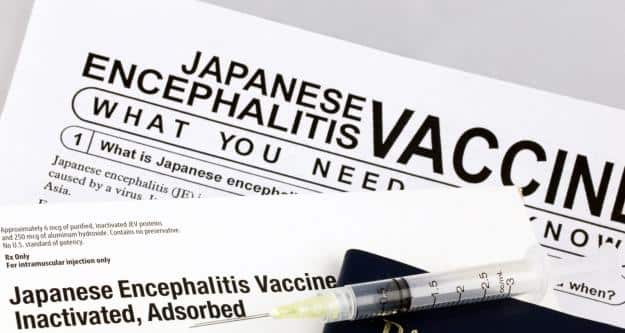 Health Secretary M. Nagaraju emphasised that there was nothing wrong with the vaccine and that the deaths occurred because the children suffered from some physical ailments. During the immunisation drive against Japanese Encephalitis (JE), three children died, prompting their respective families to file police complaints demanding action against the school authorities and the health department workers. Also Read - Japanese Encephalitis: Assam keeps on hold leaves of doctors, paramedics

Nagaraju said: ‘There might be negligence or lack of knowledge on the part of the health workers who administered the vaccine. The government has formed a high-level expert committee to probe the matter,’ he told reporters here on Wednesday. The committee will submit its report within seven days, he added. ‘There was no unsafe JE vaccine supplied by the union health and family welfare ministry,’ he added. Also Read - Expert speak: Toxins in unripe litchis blamed for encephalitis outbreak in Bihar

Three children, aged 10 to 12 years, died and five others fell sick after being administered the vaccine in different areas of western Tripura during the past three days. Of the three children, Saheli Debbarma, 12, fell ill after taking the vaccine on May 28 and was shifted to a Kolkata hospital on Monday. She died on Tuesday night. According to health department experts, as per protocol of the JE vaccine, it is not wise to administer it when a child already has fever or any other disease. An official said the union health and family welfare ministry had decided to hold a vaccination drive in 27 affected districts across the country.

According to the official, children aged 1 to 15 years were the main target group for the drive. Nagaraju said: ‘Since May 23, over 210,000 children aged 1-15 years across three districts have been administered JE vaccines. The JE vaccine is safe like other vaccines in use in Universal Immunisation Programme. Minor side effects like pain, mild swelling and mild fever may occur… Serious adverse events like hypersensitivity reaction may occur in one-in-a-million cases. Beneficiaries are screened for contra-indications before vaccination by trained vaccinators,’ the IAS officer said. ‘The state government appeals to the people not to panic as the vaccine is safe and the most powerful means to prevent the JE disease,’ he added.