Most states across the country have banned Maggi noodles after its samples tested positive for lead and other harmful substances. After being banned in India on health concerns, Maggi noodles manufactured by Swiss giant Nestle in India has come come under the scanner of the US Food and Drug Administration (USFDA), which has taken samples of the instant food brand for testing. Besides selling in India, Nestle India also exports Maggi noodles to the US, Canada, UK, Australia, Singapore and Kenya, as per the global website of the Swiss multinational giant. Also Read - Know about these healthy foods you can prepare within minutes

‘We have been made aware that the (US) FDA has taken samples of Maggi noodles manufactured in India from third-party importers’ containers for testing, and we have asked the importers to advise us of the outcome of the FDA tests,’ a Nestle SA spokesperson said in an emailed statement. The spokesperson, however, said Nestle USA does not import, market or distribute Maggi noodles in the United States. ‘Any Maggi noodle products found on US store shelves are sourced directly by retailers or imported through third-party trade,’ she added. Authorities in Kenya and the UK are also testing Maggi samples. The food regulator in Singapore had also tested the samples, but later found that Maggi noodles imported from India were safe to eat. Also Read - Food Fortification: Simple, inexpensive yet priceless

Meanwhile, Nestle India today said it has approached the Bombay High Court against the ban of Maggi noodles by central food safety regulator FSSAI and Maharashtra Food and Drug Administration. ‘As part of the efforts to resolve the Maggi noodles issue, Nestle India today approached the Bombay High Court, raising issues of interpretation of the Food Safety and Standards Act, 2011 while seeking a judicial review of the order dated June 6, 2015, passed by the Food and Drug Administration (FDA) in Maharashtra and the order dated June 5 passed by FSSAI,’ Nestle India said in a filing to the BSE. ‘At the same time, we are continuing withdrawal of Maggi noodle products. This action will not interfere with this process,’ it added.

The Food Safety and Standards Authority of India (FSSAI) issued an order last week, banning all variants of Nestle India’s Maggi noodles, terming them as ‘unsafe and hazardous’ for human consumption. Nestle India had to recall the product from the market after several states banned the ‘2-minute’ instant food as tests showed it contained taste enhancer MSG (monosodium glutamate) and lead in excess of permissible limits. The Maharashtra government, too, had banned Maggi noodles after some samples were found to contain lead above the stipulated limit. ‘We shall proceed further as per orders that may be passed by the Bombay High Court,’ it added. 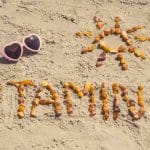 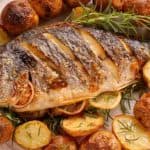