The left side of his body got numb and weak due to acute stroke; golden hour’s treatment helps patient to recover to optimal status

Zen Hospital’s dedicated “Acute Stroke team” was informed about situation and Neuro physician Dr Ramesh Patankar arrived to MRI on immediate basis. After seeing the MRI, it was noticed there is the 2 areas of brain with poor blood supply known as non hemorrhagic infracts. Mr. Rao was given special blood thinners (Thrombolysis) to dissolve clot and restore normal functioning of brain. Thrombolysis procedure was done at ICU and post procedure there was drastic improvement in his limb power and now he is absolutely fine. Also Read - Novel gene variant may increase your risk of stroke: Study

Stroke is a major global public health problem. According to the Global Burden of Diseases (GBD) study in 1990, stroke was the second leading cause of death worldwide. Stroke is major 3rd killer following cardiac and cancer. Earlier stroke use to happen to elderly, but nowadays we see patients around 40 or less than 40 getting strokes. Stress, smoking, bad lifestyle habits, fatty diet, tobacco, diabetes, BP, high cholesterol, sedentary lifestyles and no exercise makes susceptible at young age for stroke. Awareness about stroke is important Also Read - Beware! Smoking daily can put you at risk of fatal stroke

Dr Ramesh Patankar, Neurophysician, Zen Multi specialty Hospital, Says “Time is Brain there is graph which shows that suppose you get a stroke clot within blood vessel can be dissolved if refer to Dr within time of first 3 hours to extended 4.5 hours. Stroke may happen to anyone what is important is timely intervention similar to what we do in heart attacks. In stroke more than mortality, it is morbidity. Stroke becomes financial burden for the family.”

Mr. Ganesh Rao, Patient says, “I was having mild headache from last few days for which regular medicines I was taking. I was lucky enough working in hospital so I got immediately all medical treatment and I am back to healthy normal life and take care of my home like I always wanted to do.”

“If you develop problem in speaking, crookedness on face, weakness on side of the body immediately notify. One should directly go to the center wherethrombosis facility available. Thrombosis is a technique where you dissolve the clot with medicine or you take out the clot by using different devices. As an individualDr I see approximately 6-7 patients of stroke per weak out of which 2-3 patients are less than 40 years of age. Incidence of stroke under 40 years is more seen among males where as incidence is equal in males and females both after menopause in females.” adds Dr Patankar.

Are millennials more open to discussing fertility than any other generation? 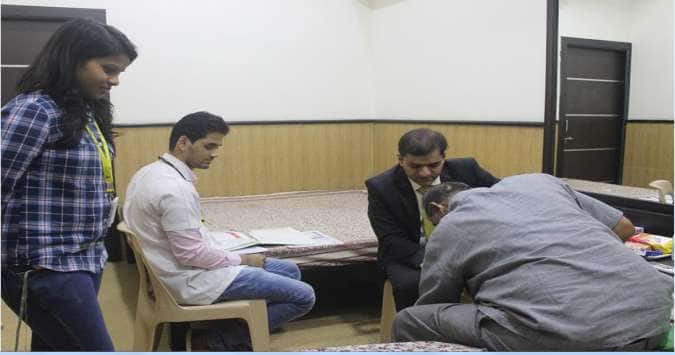