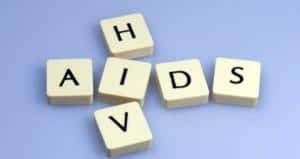 Civil society activists on Friday demanded that the HIV/AIDS bill be tabled during the winter session of parliament, set to be held Dec 5 to 20.

The bill aims to protect the rights of people infected and affected by HIV and was finalised by the union health ministry in 2006.

It also provides for free and complete HIV-related treatment for all who need it.

'HIV+ people are often denied employment and refused treatment. This bill is very important as it provides for protection of HIV-positive people from stigma and discrimination in both the public and private sectors,' Hari Shankar of the Delhi Network of Positive People said at a press conference here.

'The delay in bringing the bill to parliament is totally unacceptable. This government has not shown the political will to take the bill forward,' Anand Grover of Lawyers' Collective said.

'The bill should have been tabled long back. Now we demand that the government table this bill in the Rajya Sabha in the coming winter session,' he said.

Anjali Gopalan of NAZ Foundation said: 'The government has spent more than half a decade deliberating over the bill. It is imperative that it moves fast now.'