Our experiments suggest that these abnormal fat deposits could be a trigger for the disease, Fernandes pointed out. Over 47.5 million people worldwide have Alzheimer’s disease or some other type of dementia, according to the World Health Organisation. Despite decades of research, the only medications currently available treat the symptoms alone. In experiments with mice predisposed to develop the disease, the researchers found fat droplets near the stem cells, on the inner surface of the brain. (Read: Natural remedies for Alzheimer s disease) Also Read - 5 diet changes to control weight gain from PCOS

When the researchers examined the brains of nine patients who died from Alzheimer’s disease, they found significantly more fat droplets compared with five healthy brains. Using an advanced mass spectrometry technique, the researchers identified these fat deposits as triglycerides enriched with specific fatty acids, which can also be found in animal fats and vegetable oils. We discovered that these fatty acids are produced by the brain, that they build up slowly with normal ageing, but that the process is accelerated significantly in the presence of genes that predispose to Alzheimer’s disease, Karl Fernandes explained. The study was published in the journal Cell Stem Cell. (Read: Indian scientists find protein that could help treat Alzheimer s)

Want to cope with stress? Try this childhood activity 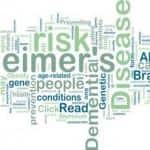 Your voice could reveal if you have Alzheimer's!