Tamil Nadu Chief Minister J. Jayalalithaa urged Prime Minister Manmohan Singh to declare The Cancer Institute here (popularly known as Adyar Cancer Institute) as a Centre of Excellence, according it national status. In a letter to Manmohan Singh, the text of which was released to the media, Jayalalithaa said: ‘The Cancer Institute, Adyar, one of the oldest NGO-run cancer hospitals in the country, be conferred with national status as a Centre of Excellence, particularly when it has been rated by the World Health Organisation (WHO) as the Top Ranking Centre in the Country.’ Jayalalithaa said the proposal of the cancer institute for upgradation during the 12th Plan period as a ‘Centre of Excellence – an Autonomous National Cancer Research Institute’ is pending with the union ministry of health and family welfare. Also Read - Manmohan Singh sad about AIIMS impasse in Bengal

She said the central government has so far provided meagre support to the institute through the tertiary cancer centre scheme under the National Programme for Prevention and Control of Cancer, Diabetes, Cardio-vascular Diseases and Stroke, by way of a grant of Rs.4.80 crore for equipment purchased in 2011-12. ‘The state government released a sum of Rs.1.20 crore as the state’s share for this,’ Jayalalithaa said. Citing the over three-decade service rendered by the cancer institute even while functioning as an NGO, Jayalalithaa said: ‘I consider that its status should no more be that of a tertiary cancer institute, but requires to be elevated to the status of a ‘Centre of Excellence – an Autonomous National Cancer Research Institute’. Also Read - Cancer, diabetes on a rise in India says PM Manmohan Singh

Tired of reading? Check out our YouTube Channel Also Read - PM to lay the foundation stone for the National Cancer Institute in Haryana 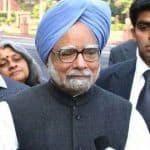 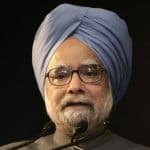 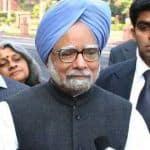