Researchers also found that he same protective response may be involved in aversion to alcohol.

In a recent research, the scientists have found a new protective response in the organ that might be targeted to help treat alcoholic liver disease. But that is not all the researchers also found that he same protective response may be involved in aversion to alcohol and could therefore help in the treatment of alcoholism. The study involved a protein called fibroblast growth factor 21 (FGF21), which the scientists previously found helps protect mice against diet-related toxicities to the liver. Eleftheria Maratos-Flier, MD, Professor of Medicine in the Division of Endocrinology, Diabetes and Metabolism at BIDMC and Harvard Medical School and one of study’s author, said, “Looking at the relationship between alcohol-induced liver disease and FGF21 was the next step.” In the study it was found that people who binged on alcohol over a one-hour period exhibited massive increases of FGF21 in their blood six hours later. Similar results were seen in mice. Also Read - Excess alcohol can lead to drunkorexia in young women: 5 natural remedies to quit drinking

Also, in mice bred to lack FGF21, binging on alcohol led to more liver damage than that seen in wild-type mice, along with an increased expression of genes involved in inflammation and scarring in the liver. “We showed that alcohol consumption induces FGF21 as a protective response in the liver that reduces the degree of alcohol-induced damage. Because humans and mice have similar responses, mice may be a good model for studying this further,” shared Maratos-Flier. Interestingly, alcohol was cleared normally in mice lacking FGF21, suggesting that FGF21 does not play a role in acute alcohol metabolism. Here are 8 food rules you should keep in mind for a healthy liver. Also Read - How long does marijuana stay in your system?

Mice that were bred to overexpress FGF21 consumed less alcohol than wild-type mice. A similar effect was observed when wild-type mice were administered extra FGF21, which caused them to prefer water over alcohol. The results suggest that FGF21 has a dual role in alcohol metabolism. Acutely, the rise in FGF21 in response to alcohol consumption inhibits further drinking. Chronically, the rise in FGF21 expression in the liver may protect against liver damage. Maratos-Flier noted, “Our results may encourage the development of drugs that mimic FGF21 for the treatment of alcoholic liver disease, and possibly to produce alcohol aversion.” The next steps in this line of research include tests on whether boosting the effects of FGF21 can help limit or reverse liver damage in mice and decrease a preference for alcohol in humans. The study was published in journal of Molecular Metabolism. Here is detailed explanation on common factors that can cause liver disease. 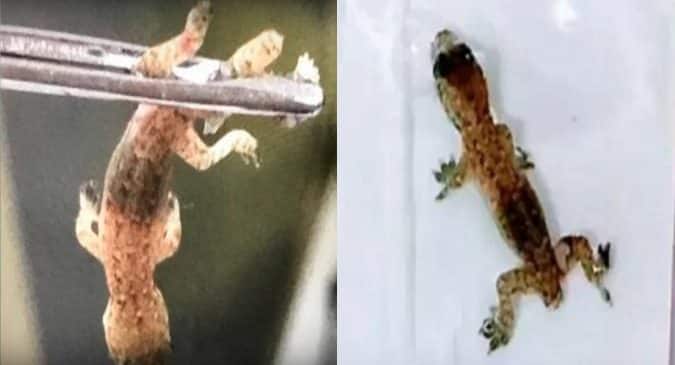 Man complains of earache; doctors remove a lizard from his ear (Watch video)