Tags: In the news  Smartphone  Syphilis 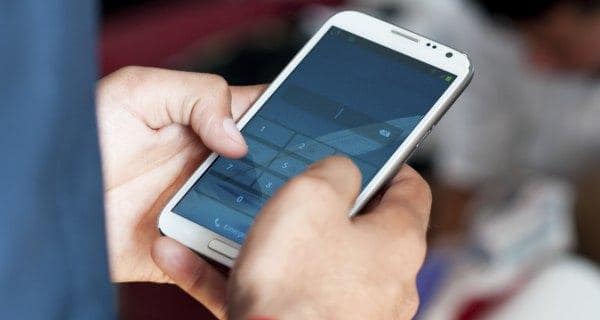 Smartphones can ruin your eyes: Many of us are hooked to our smartphones 24X7, and anything in excess is bound to have its side effects. A British study claims that your smartphone is capable of causing myopia or short-sightedness. According to Dr David Allambym, the lead researcher, excessive screen watching at a close proximity keeps the genes that control myopia, activated well beyond the age that short-sightedness would historically have stabilized – which is around the age of 21.

Deadly diseases like HIV and STDs like syphilis are attached with a taboo and high end expenses and many people suffering from these diseases find it difficult to access diagnostic measures and treatment. How convenient it would be if a one could perform an inexpensive diagnostic test just by using smart phones? Researchers from USA have exactly done that and found a way to turn a common smartphone into a quick and device to conduct field tests for HIV and syphilis. (Read: New 20 minute saliva test for dengue also detects HIV and syphilis) Also Read - Scientists develop portable smartphone platform for rapid Covid-19 testing: Report

This device was designed taking into consideration the conditions of developing countries especially African countries that are most affected by these diseases and rural areas where, diagnostic measures are not easily accessible. Also Read - Sexually transmitted infections spike during lockdown

This new device that has been developed uses the a techniques called Enzyme Linked Immunosorbent Assay (ELISA), which is most commonly used for diagnosis of HIV. The device consists of a dongle which fits into the audio phone jack of a smart phone and also has provisions of drawing blood into the device and a chip which carries out the test. The blood then reacts with various chemicals in the device and changes opacity and colour accordingly and reveals the result in about 15 minutes. (Read: 12 diseases that affect people with HIV/AIDS)

This inexpensive device was tested by healthcare professional in Rwanda and the device performed effectively. This device costs around $34 which is far less than the standard $18000 for diagnostic tests and experts hope that this device could be used in field clinics in remote areas. This study involving 96 women from Rwanda was published in the journal Science Translational Medicine and was led by Columbia University engineers.

Swine flu in India: Denmark national, 3 others admitted with symptoms of swine flu