Home / Health News / A drug that can destroy the influenza virus, now on the horizon

A drug that can destroy the influenza virus, now on the horizon

Scientist in Canada have discovered  a more effective substance that has shown the ability to destroy the Influenza virus.  Simon Fraser University virologist Masahiro Niikura and his doctoral stude

Scientist in Canada have discovered  a more effective substance that has shown the ability to destroy the Influenza virus.  Simon Fraser University virologist Masahiro Niikura and his doctoral student Nicole Bance are among an international group of scientists that has discovered a new class of molecular compounds capable of killing the influenza virus. Also Read - Vitamin D supplements don't help ward off colds and flus

Working on the premise that too much of a good thing can be a killer, the scientists have advanced previous researchers’ methods of manipulating an enzyme that is key to how influenza replicates and spreads. Their new compounds will lead to a new generation of anti-influenza drugs that the virus’ strains can’t adapt to, and resist, as easily as they do Tamiflu.  It’s an anti-influenza drug that is becoming less effective against the constantly mutating flu virus. Also Read - Flu shots are a must for children; Here’s everything you need to know

The journal Science Express has just published online the scientists’ study, revealing how to use their newly discovered compounds to interrupt the enzyme neuraminidase’s facilitation of influenza’s spread. The new compounds are also more effective because they’re water-soluble. ‘They reach the patient’s throat where the flu virus is replicating after being taken orally,’ said Niikura, a Faculty of Health Sciences associate professor. Also Read - Scared of Pneumonia? Influenza infections can increase bacterial pneumonia risk

Find out if you might be suffering from the flu: check out our Symptom Search 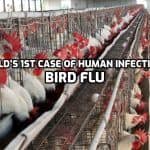 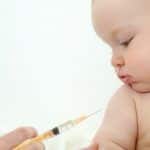