Tests revealed a large mass in his right Kidney; the mass had also extended into the main vessels of the heart.

A 55-year-old, Ajay Joshi (name changed), started experiencing shooting pain on the right side of his abdomen while going about with his daily routine. When the pain became unbearable, he was rushed to the Emergency Room of Fortis Hospital, Mulund. Tests revealed a large mass in his right Kidney; the mass had also extended into the main vessels (Inferior Vena Cava) of the body, draining into the Heart; making it a complex tumour to tackle. Also Read - Can BP drugs increase cancer risk?

A multidisciplinary team from departments across Oncology, Cardiac Care and Anaesthesia, led by Dr Anil Heroor, OncoSurgeon, was formed to chalk-out the best and safest approach. The team counselled the family and explained the risks and consequences of this procedure. The biggest challenge for the team was to ensure that bits of tumour did not go beyond the right heart into the lungs, which could block its blood circulation (Tumour Embolism). An advanced endoscope with a heart monitoring system (Transoesophageal Echocardiography) was employed on a continuous basis by the anaesthesia team, led by Dr Vijay Shetty. The abdomen was opened and the tumour was separated from the surrounding vital structures like the liver, duodenum and the small intestine. The blood supply to the tumour from the main blood vessels of the body, namely the Aorta and IVC were isolated and cut-off. This was the most difficult step as any slippage in this area would have led to life-threatening blood loss. Also Read - Cancer patients more likely to get severe COVID-19: Tips to prevent the viral infection

With the support and assistance of Dr Anvay Mulay, Director, Cardiac Sciences, at the hospital, the patient was put on the Heart-Lung machine. Once the Tumour was separated in the abdomen, the Cardiac team swung into action, opened the chest and gently detached the Tumour from the Heart and the IVC. This was done by a very risky procedure called as ‘Circulatory Arrest’, where the body temperate is cooled down to 18°C, blood is drained from the body and the tumour is removed; subsequently, blood is reinfused and gradual warming of the body is done. This is risky because sudden warming of the body can lead to Brain Haemorrhage and other complications. Also Read - 11 million children at cancer death risk by 2050: Lancet

Talking about the procedure Dr Anil Heroor, Oncosurgeon, Fortis Hospital, Mulund, said, “The patient has gone back to his family and leads a normal life now. He is advised to come for regular follow-ups and follow the prescribed medication.” 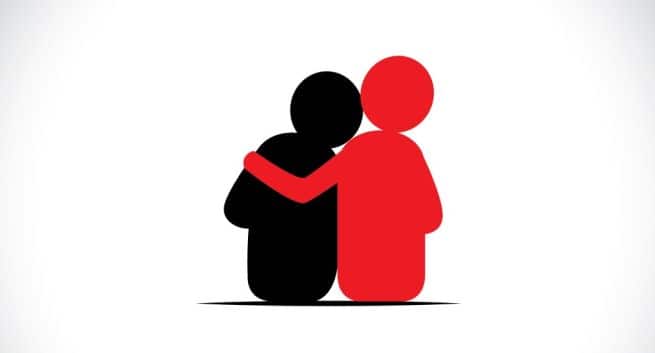 Women are more empathetic than men