A doctors' group that provides free medical support to ailing underpriviledged set a record when it successfully operated upon its 800th patient here, a young girl. Members of Agra Vikas Manch told IA

A doctors’ group that provides free medical support to ailing underpriviledged set a record when it successfully operated upon its 800th patient here, a young girl. Members of Agra Vikas Manch told IANS at an event that they believe ‘actions speak louder than words. A merry heart makes for a long life’. Also Read - Ganesh Chaturthi 2020: 4 reasons an eco-friendly Ganesha is good for you

Philanthropist and social activist Ashok Jain told IANS: ‘Agra Vikas Manch was established in 2004 to help the poor and the needy by providing free medical assistance to people irrespective of caste, creed, class, religion and race.’ ‘Many people die because of heart diseases and related ailments. Many people get poorer due to health problems and expensive treatments. Agra Vikas Manch specialises in helping people suffering from heart diseases,’ he added. Also Read - 7 reasons why the #BeefBan is good

The idea of the mission came July 27, 2005, at a seminar that was attended by all cardiac doctors of the city, when Praveen Chandra from Max Heart Centre, Delhi, addressed the gathering. After it was formed, Agra Vikas Manch started campaigning for heart diseases, its ailments and remedies. Check-up camps in the city shortlisted patients who needed heart surgery. News of the quarterly check-up camps spread fast as they were highlighted by the media. The patients from various cities of Uttar Pradesh, Madhya Pradesh and Rajasthan started arriving at the camps. Also Read - Kim Jong Un reportedly had a heart surgery: Is obesity a reason for his illness?

In 2005, the heart surgeries were done only at Max Heart Centre in Saket, New Delhi, by Praveen Chandra, I.S. Virdhi, K.S. Dagar, Viresh Mahajan and Anil Bhan. With liberal donations coming in from residents of Agra, more and more operations were done at various medical centres in New Delhi at major hospitals like The Medanta, Escorts Heart Institute and Pushpanjali Crosslay Hospital, to name a few. Doctors at AIIMS also contributed in the heart mission of the Manch. The Agra Vikas Manch provides counselling, post-operative care, medicines, echocardiography and ECG, all for free. It also organises travel of patients from Agra to Delhi and back in ambulances. 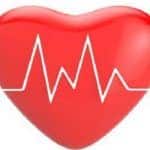